Qatar Airways throws down gauntlet to Lufthansa with A350 launch 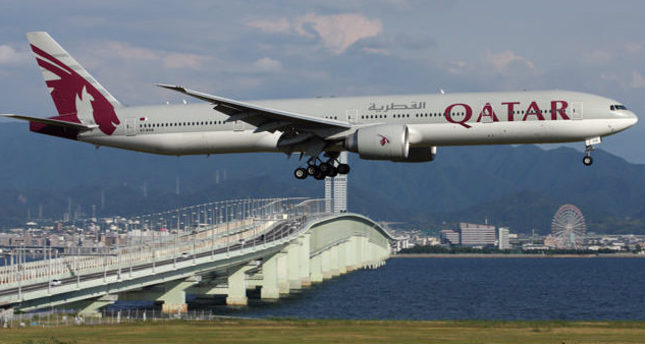 by Jan 20, 2015 12:00 am
Qatar Airways became on Thursday the first airline to start regular flights with Airbus's most advanced plane, the A350, throwing down a challenge to Germany's Lufthansa at its home airport. Lufthansa has been a fierce critic of Middle Eastern airlines including Qatar, Emirates and Etihad, citing competition from them and low-cost carriers, along with economic headwinds, for two cuts to its 2015 profit target last year. Fast-growing Qatar launched commercial flights with its wide-body A350, which seats 36 passengers in business and 247 in economy, between Frankfurt and Doha, and said its second A350 would serve the same twice-daily route from March.

"I like to show off my aircraft to airlines that object to my entry onto this market," Qatar Airways Chief Executive Akbar Al Baker told an event in Frankfurt when asked about his choice of inaugural route. "Frankfurt was chosen as the first destination, signalling its absolute importance for us."

Lufthansa, which uses the less efficient A330 on the Frankfurt-Doha route, has ordered 25 A350-900s but its deliveries will not begin until 2016. "It's a matter of managing costs, using efficient aircraft, investing in a premium product and picking the right market," aviation consultant John Strickland, a director at JLS Consulting, said when asked about how European carriers such as Lufthansa could respond. He said Lufthansa had a geographic advantage on some routes, such as between Europe and the United States or Europe and Asia. Speaking to Reuters, Al Baker also said Qatar Airways would make an announcement very soon on aircraft tracking technology. The industry has been studying ways of improving tracking technology since a Malaysia Airlines Boeing 777disappeared last March with 239 people on board. An aviation industry task force recommended in December that airlines should install available flight-tracking systems within 12 months but global airlines group IATA said the deadline was not practical for all its members.