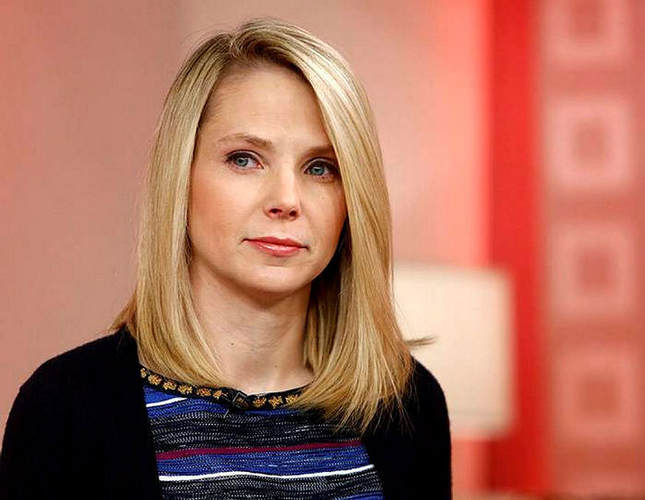 Since she left Google two-and-a-half years ago to lead its struggling rival, Yahoo CEO Marisa Mayer faces a ‘defining moment’. She must decide how to manage Yahoo’s $37 billion asset in Chinese Internet star Alibaba Group

Yahoo CEO Marissa Mayer is facing her biggest business decision since she left Google two-and-a-half years ago to lead its struggling rival: how to manage Yahoo's most valuable asset, a 15 percent stake in Chinese Internet star Alibaba Group worth nearly $37 billion. "This is a defining moment for her," says Eric Jackson, managing partner of hedge fund Ironfire Capital, a long-time Yahoo shareholder. "Marissa has a chance to really boost the stock if she plays her cards right." Mayer has promised to outline her Alibaba plans on or before Jan. 27, when the company will release its fourth-quarter earnings. Most investors are hoping Mayer will spin off the Alibaba stake to ease Yahoo's tax bill after the company sells those holdings. Mayer also is under pressure to return windfalls from Yahoo's Asian investments to shareholders instead of plowing more money into an acquisition strategy that some think hasn't paid off. Activist investor Jeffrey Smith has threatened to lead a shareholder rebellion aimed at ousting Mayer if she proposes a plan that doesn't maximize Yahoo's tax savings or risks squandering money on far-flung acquisitions.

"Such actions would be a clear indication to us that significant leadership change is required at Yahoo," Smith wrote in a Jan. 8 letter to Mayer. Smith controls 7.7 million Yahoo shares a 0.8 percent stake through Starboard Value LP.

The New York hedge fund last year reshuffled the board of directors at Olive Garden owner Darden Restaurants and in 2012, Smith unsuccessfully tried to shake up AOL Inc. In this go-round, Smith is urging Mayer to merge with AOL as part of Yahoo's spin-off of its Asian investments, and then launch $1 billion in cost cuts, most likely laying off thousands of workers. Smith isn't keen on Mayer buying anything besides AOL because she has already spent $1.7 billion on a grab-bag of more than three dozen acquisitions that haven't yet helped lift Yahoo's revenue.

Yahoo bought the Alibaba stake in a deal engineered a decade ago by Yahoo co-founder Jerry Yang. Alibaba operates online sites that account for some 80 percent of Chinese e-commerce and emerged as one of the Internet's hottest companies right around the time Mayer arrived at Yahoo in July 2012 a bit of fortunate timing that has given her more time than she might otherwise have had to figure out how to revive Yahoo's revenue growth. Before Alibaba completed the biggest IPO in history four months ago, Yahoo shares were the easiest way for investors to buy a piece of the Chinese company. Alibaba's stock has climbed by about 40 percent from its initial public offering price of $68, a surge that has lifted Yahoo, too. Shares of the Sunnyvale, California, company have more than tripled in the last two-and-a-half years.

Mayer has publicly applauded Yang for the Alibaba coup, but also has taken credit for some of the company's progress. She overhauled Yahoo's apps, acquired more engineering talent and technology to make the company a bigger player in the increasingly important mobile computing market, trimmed its workforce and spent $7.7 billion buying back stock to help boost earnings per share. "We've achieved much more than many people realize," Mayer told investors and analysts in October.

Yahoo, though, still hasn't snapped out of a financial funk that began around the same time as the Great Recession in late 2007. Yahoo's quarterly revenue has declined from the previous year in all but two of Mayer's nine quarters as CEO. The only revenue gains have been meager, ranging from 1 percent to 2 percent. Meanwhile, the overall Internet ad market has risen by 14 percent to 18 percent each quarter of Mayer's reign, according to the Interactive Advertising Bureau. Mayer has repeatedly pleaded for patience, something that Jackson believes is running low among Yahoo shareholders.