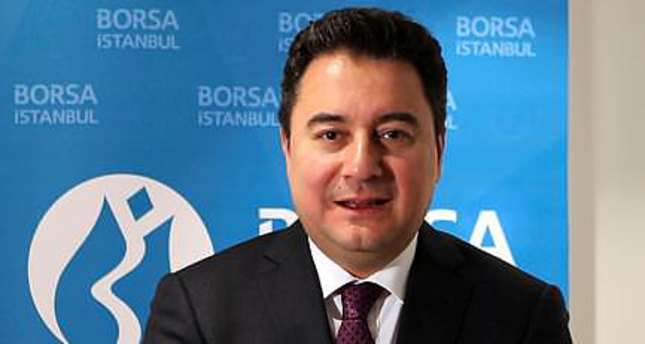 by Anadolu Agency Jan 22, 2015 12:00 am
"Turkey is a net winner from the decline in oil prices," said Deputy Prime Minister Ali Babacan, speaking at the World Economic Forum in Davos, Switzerland. "Our biggest gain from the low oil prices is the improvement in our current account balance," he added.

He said that the decline may have a slightly negative effect on the collection of tax revenues from petroleum products. "We forecast a 4 percent growth rate for 2015, but when we made this forecast, oil prices were expected to be higher," he said.

"We are prepared for all types of consequences from the lower oil price," he said. The government is ready for price volatility, he added. "If oil prices remain low, the Turkish inflation rate could fall to around 5 percent - that will not be a surprise," Babacan said. "We have not yet revised this rate officially. Before making a final decision, we have to observe prices longer and talk to actors in the market," he added.

Oil prices have fallen almost 60 percent in the last seven months, their sharpest drop since 2008, due to oversupply and low oil demand in world markets. Turkey brought in $56 billion in energy imports in 2013, and $37 billion in the first eight months of 2014, according to the Turkish Statistical Institute.