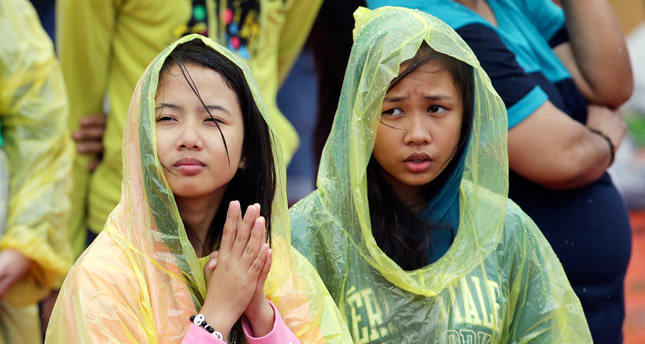 by Jan 24, 2015 12:00 am
Women in poor countries lose out on $9 trillion a year - more than the combined gross domestic products of Britain, France and Germany - because they are paid and employed less than men, ActionAid said on Friday. Across the developing world, women do exploitative forms of work from selling goods on the roadside and domestic work in private homes to making garments in a factory, for the lowest wages, the international aid agency said. Citing the World Bank, ActionAid said women spend up to 10 times more hours than men on unpaid care work, looking after children, the sick and elderly in their households. "Each year poor women's work subsidises the global economy to the tune of $9 trillion," ActionAid Head of Policy, Lucia Fry, said in a statement. "We are talking here about the woman in a Bangladeshi slum who queues for hours at a tap to collect water for her family, cooks meals on an open fire under a tarpaulin by a roadside, cleans her family home and then puts in a 12 hour shift in a garment factory, for poverty wages in terrible working conditions before returning home once again to care for her family," she added. ActionAid said it had calculated the additional income women could earn if their wage and employment rates were brought in line with men's, using International Labour Organization, World Bank and U.N. population data. It released its statement as world leaders met in Davos, Switzerland for the annual World Economic Forum conference.