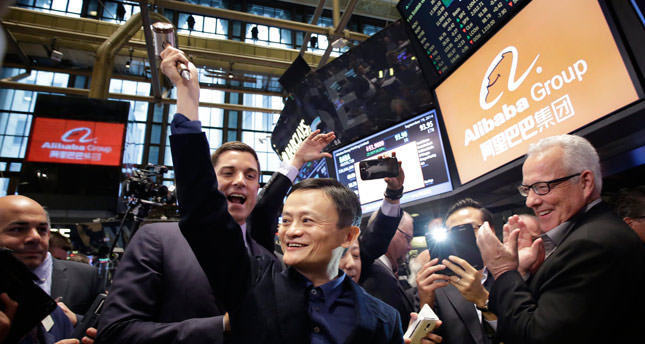 by Jan 25, 2015 12:00 am
Asia's billionaires led by Chinese tycoons enjoyed the fastest increase in their wealth this year compared to their peers around the world, a report said. The combined wealth of Asia's billionaires grew 18.7 percent from last year to $1.41 trillion, said the report by Wealth-X, a research firm specializing in ultra-high net worth individuals, and Swiss bank UBS.

Asia added 52 new U.S.-dollar billionaires so far this year, bringing the region's total to 560, with China accounting for 33, or 63.5 percent, of the new entrants to the exclusive club. Although Asia was in third place behind Europe and North America in terms of the total number of billionaires, those from Asia recorded the fastest growth in wealth of any region in the world. Asia accounted for 30 percent of the net increase in global billionaire wealth in 2014, the report said. It said the number of billionaires worldwide rose 7.0 per cent from the previous year to a record 2,325 - an increase of 155.

Their combined wealth reached $7.3 trillion, up 12 percent. Europe topped the rankings with 775 billionaires, followed by North America with 609, while the Middle East with 154 billionaires came in fourth place behind Asia. "The rise of Asia as a global economic powerhouse has already started, and the performance of the region's billionaires illustrates just how strong the region is and how many opportunities for wealth accumulation it offers," the report said. Most of Asia's billionaires made their fortune within the region mainly from real estate and industrial conglomerates. Only 11 percent of them have amassed their wealth through finance, banking and investment, a percentage "much lower than in other regions," the report added. Asian billionaires are also the youngest worldwide, with the average age at 61, with only 13 percent having fully inherited their wealth. Within Asia, China has the most number of billionaires at 190, followed by India (100), Hong Kong (82), Japan (33) and Singapore (32). Taiwan was in sixth place with 29, followed by South Korea (21), Indonesia (19) and Thailand (17).