Bank of England’s Haldane: No rush to raise rates 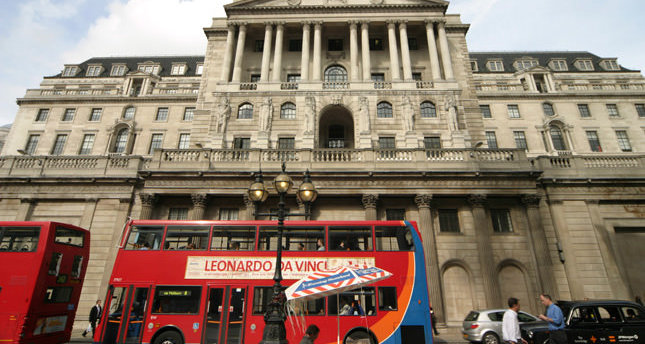 by Jan 29, 2015 12:00 am
The Bank of England is in no rush to hike interest rates and when it does, the increase could be as slow as half a percentage point a year, the central bank's chief economist Andy Haldane said in an interview published yesterday. "We are in no rush to raise rates, the recovery is taking hold nicely. The last thing we want to do is knock the stuffing out of that," Haldane told the Daily Post newspaper of north Wales. "They are historically low and they won't stay like that forever but when that rise comes it is going to be very gradual. It could be half a percent a year for several years." The Bank of England has kept interest rates at a record low 0.5 percent for nearly six years since the depths of the global financial crisis. Haldane, who sits on the Monetary Policy Committee (MPC), said the Bank was clear that it did not foresee interest rates returning to the high levels of the 1980s or 1990s. "Maybe the new normal for rates might be 2 percent or 3 percent, maybe 4 percent." Last week BoE Governor Mark Carney said interest rates would need to rise over the course of the next three years to stop inflation from overshooting the Bank's 2 percent target. And in remarks published on Monday, MPC member Kristin Forbes said British interest rates may rise sooner than many people expect if inflation rebounds strongly after its recent sharp fall. Haldane said the signs around the British economy were positive. "No one is saying we are in a boom and that they are seeing runaway growth. But is it good growth, resilient growth? Yes."