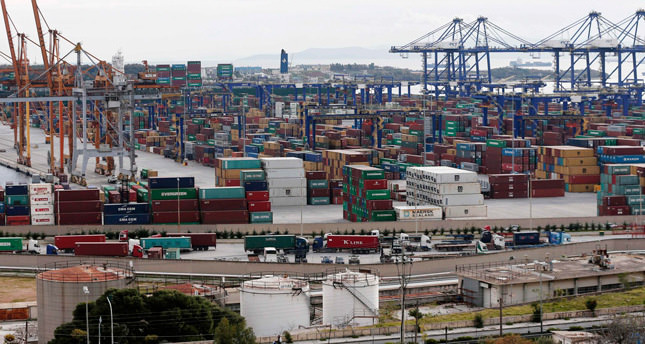 by Daily Sabah Jan 29, 2015 12:00 am
One of the first actions of the new Greek Cabinet was announced yesterday by Alexis Tsipras, leader of the Syriza party, with the new government planning to cancel the privatization project for the Port of Piraeus, according to an announcement by CNBC International News chief M. Caruso-Cabrera on Twitter, based on Greek television networks.

The previous New Democracy (ND) government had initiated the privatization of the Administration of the Port of Piraeus process in March last year and had revealed that they were considering working with Turkish construction company Limak Holding, which has assumed various mega projects in Turkey in recent years. Turkish construction company Doğuş Holding was also interested in the project.

The ND government had also agreed on the sale of 67 percent of the port's shares to Chinese transportation conglomerate COSCO; therefore, various groups, such as Limak and Doğuş, were interested in purchasing the remaining shares. However, Maritime Deputy Minister Thodaris Dritsas of the new cabinet announced yesterday that the privatization of the Port of Piraeus will be immediately cancelled; furthermore, the agreement with COSCO is to be annulled, which was disappointing news for the interested parties.