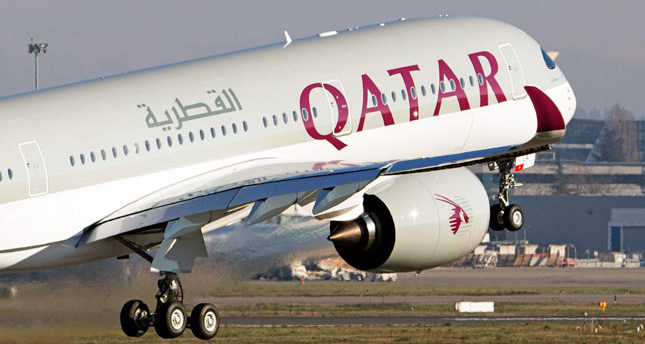 by Jan 31, 2015 12:00 am
Qatar Airways on Friday said it had purchased almost 10 percent of IAG, parent of British Airways and Spanish carrier Iberia, the second European entry by a Gulf carrier. "As part of efforts to enhance operations and strengthen existing commercial ties... Qatar Airways has acquired a 9.99 percent stake in IAG," the company said in a statement. The airline's chief executive, Akbar al-Baker, said International Airlines Group "represents an excellent opportunity to further develop our westwards strategy."

The move represents something of a turn for Qatar Airways, as Baker has publicly criticised European carriers, saying earlier this month that they "cannot keep up" with competition from Gulf carriers.

In November, Baker took a swipe at legacy carriers, accusing them of being "inefficient" and protected by EU policies. The three Gulf carriers - Qatar Airways, Emirates and Etihad - have snatched a sizable share of the long-haul sector, turning their home cities into major hubs on routes to Asia and Australasia. The move by Qatar Airways follows Abu Dhabi's Etihad taking last year a 49 percent stake in Alitalia, effectively rescuing the struggling Italian company. Qatar Airways noted EU rules won't let it take a majority stake. "Qatar Airways may consider increasing its stake further over time although this is not currently intended to exceed 9.99 percent," it added. IAG chief executive Willie Walsh expressed delight at having Qatar Airways "as a long term supportive shareholder." He added in a company statement: "We will talk to them about what opportunities exist to work more closely together and further IAG's ambitions as the leading global airline group." IAG meanwhile is hoping to buy Irish airline Aer Lingus, which this week backed a 1.35 billion euro takeover bid.