Rabbit Island on sale for $22M 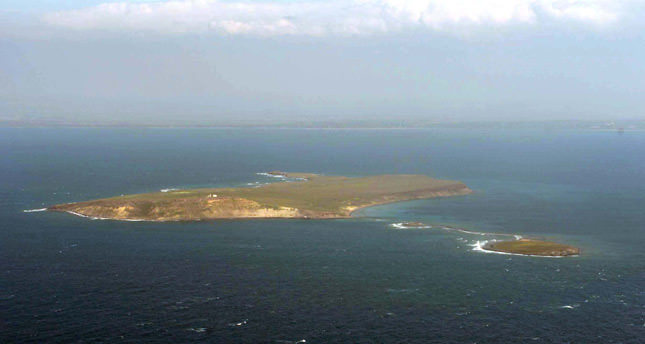 by Jan 31, 2015 12:00 am
The 120,000-square-meter Tavşan Island (Rabbit Island), also known as Mavriya Island, located 1.6 kilometers north of Bozcaada district in Çanakkale province is now on sale for $22 million. The owners of the island, Gülter Ünal and his son-in-law Barış Tansever, are trying to get the island zoned for housing and tourism investments as the island has a reputation for natural beauty and the potential for wind power. The island, which also includes a lighthouse, was first put up for sale in 2003. After four years, there were media reports that the island was on sale for $10 million, however, no sale took place. In 2012, there were investors who were willing to purchase the island for $20 million, yet, negotiations could not be finalized. Now the sale price of the island has been announced as $22 million.

Various businessmen have looked into purchasing Tavşan Island, of which half is owned by Gülter Ünal including some Arab businessman, yet no agreement could be reached to date. Ünal said that currently two holdings have requested to purchase the island, which, as claimed by Ünal, has a high potential for wind energy power with a five-year average of 9.5 m/sec a year. "The island has a lot of potential to build a wind energy plant and the interested parties should consider such potential," said Ünal. He further noted that they applied to the Municipality of Bozcaada in 2008 for the island to be included in the housing zone however; no action has yet been taken. However, Ünal said that if the environment plan with a 1/100,000 scale covering the provinces of Balıkesir and Çanakkale is approved by the Environment and Urban Planning Ministry, the island would be included in the housing zone. Along with various shipwrecks and rich underwater fauna, plus clear, clean waters, the island is likely to become a favorite for divers. There is a lighthouse, two piers and two fresh water stream resources on the island. Tavşan Island is home to various species of rabbits, as indicated by the name, and its shores have the potential for tourism. Currently, the island has no infrastructure and electricity and transportation is only possible through private boats.