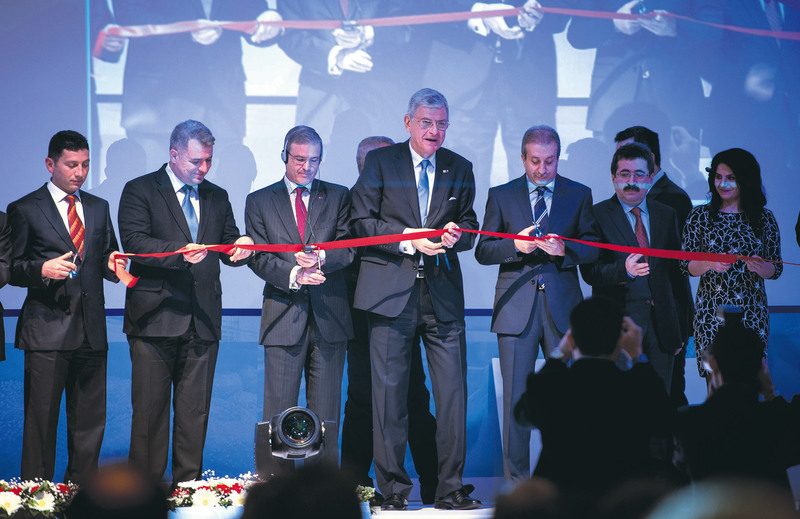 While providing funds to support Turkish agriculture and rural development for Turkey’s EU accession process, ministers criticized the EU for putting political obstacles in the way of the agriculture chapter

EU Affairs Minister and Chief Negotiator Volkan Bozkır said the political obstacles in the way of opening Chapter 11, which concerns agricultural and rural development in Turkey's EU accession process, should be removed during his speech at collective inauguration ceremony of the Instrument for the Pre-Accession Assistance Rural Development Program (IPARD). Bozkır, Food, Agriculture and Livestock Minister Mehdi Eker and the head of delegation of the EU to Turkey, Maslahatgüzar Bela Szombati, attended the ceremony in Ankara yesterday.

According to Bozkır, Turkey has been working on those chapters for eight years and described Turkey's EU accession as a "strategic target."

"Turkey will not be a burden to the EU; on the contrary, it will shoulder the EU's burdens," Bozkır said, adding that although most of the projects have been prepared with the EU's contributions, they would not be actualized without Turkey's own resources. Bozkır reiterated his belief in Turkey's EU membership, stressing that Turkey will be one of the most important countries of the union.

Speaking after Bozkır, Eker said Turkey's agricultural revenue that it obtained from 23 billion hectares of agricultural land was $23 billion 11 years ago, which made Turkey rank fourth among EU countries. With the government's policies to support production, productivity and infrastructural projects in information and technology, Turkey's agricultural revenue has surged to $61 billion since 2008, becoming the first country among EU countries in this regard.

Emphasizing Turkey's commitment to EU membership, Eker also stressed that political factors should be removed vis-a-vis the criteria of chapters regarding agriculture. According to Eker, if Turkey cannot effectively fight animal diseases and cannot improve sanitary conditions, it will work to the detriment of the EU because they come together in common markets. "The EU is one of the largest imports and exports partners of Turkey," he said; therefore, more sanitary agricultural products will also be for the benefit of the EU.

According to Eker, Ankara is the city that benefits most from the support provided as a part of IPARD. So far, 391 projects worth TL 335 million ($133.1 million) have been commissioned where TL 209 million has been granted to 281 projects by EU funds.

Eker also said that the EU Commission has approved IPARD-2, which will be implemented by 2020, and highlighted that they intend to begin using IPARD-2 grants this year. A grant that is worth around 1.045 billion euros - 801 million euros being in EU support while 244 million euros being from domestic support, will be used.

Acting ambassador Bela Szombati stated that IPARD represents a true example of monetary cooperation between the EU and Turkey, adding, "Today we are inaugurating IPARD investments in Ankara, and IPARD grants are spreading to 42 provinces of Turkey. Up to now, the program has created more than TL 4.4 billion of public and private investments in the sector." Szombati also noted that the proposed grant should reach around 4,500 Turkish firms, food factories and the rural community, contributing to their development, so they should invest at least 1.7 billion euro. "This would create new fields of work, enhance activities and improve standards," he said.
Last Update: Mar 03, 2015 9:32 am
RELATED TOPICS