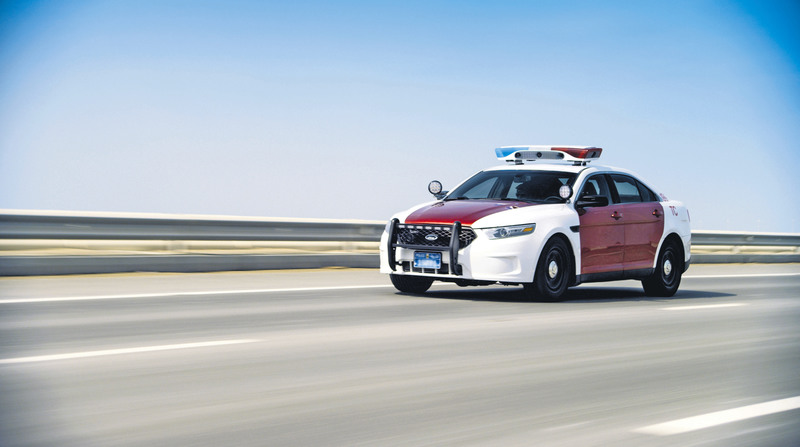 by Metin Can Mar 02, 2015 12:00 am
Turkish software companies have been gaining a foothold across the world with their innovative products. One company, Ekin Technology, has developed the world's first smart police patrol system, which has already been purchased by a number of countries, with the UAE and Azerbaijan taking the lead. Negotiations with the U.S. have also been concluded. The system, which is dubbed "Ekin Patrol," has been specifically designed for police vehicles.

The device, which is sold for $12,000 per kilogram, took first place among Turkey's most lucrative export items. Referring to the Turkish economy's recent focus on value-added exports, Ekin Technology's CEO Akif Ekin said the system has garnered attention from a large number of countries across the world. So far, Azerbaijan has ordered 400 devices and product delivery to the country has already started. The device, which was developed in 2014, was one of the finalist technological products poised to receive the World Technology Award. It contributes considerably to Turkey's technological product exports. "We dream of becoming a billion-dollar software and hardware company in the long term. We are taking firm steps to achieve this goal," Ekinci said.

Ekin Technology ranked sixth among Turkey's largest companies engaged in software exports in 2014, having offices in Abu Dhabi, Ankara, Baku, Dubai, Frankfurt and New York. The company has completed successful projects inside and outside the country at short notice and exports products to around 30 countries. Ekin Technology, which is also the developer of Turkey's first city surveillance cameras, is also a leading company in smart traffic solutions and fully-integrated city and home security systems.

The system, which can operate both in a parked car and in motion, has sophisticated properties such as measuring the speed of moving vehicles, monitoring violations, reading the license plates of all vehicles within its angle of sight and instant detection of any criminals around a vehicle with a face recognition system.
Last Update: Mar 03, 2015 10:06 am
RELATED TOPICS