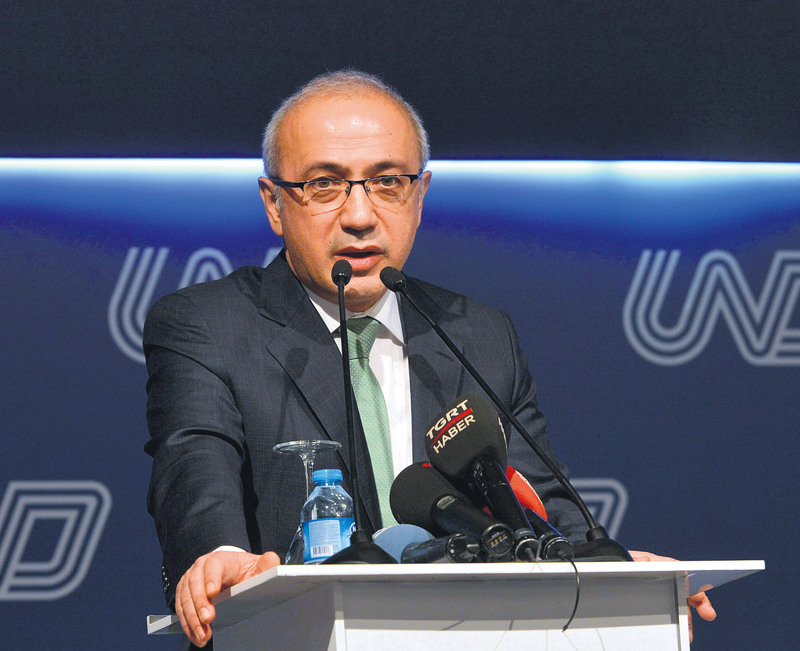 by Mehmet Acar Mar 03, 2015 12:00 am
Work to establish Turkey's equivalent of the U.S.'s National Aeronautics and Space Administration (NASA) is completed, said Transport, Maritime and Communication Minister Lütfi Elvan yesterday. He gave information about the Turkish Space Agency in a special interview with Sabah newspaper. He said that the work had been conducted for six to seven months and the space agency was being created to gather all institutions related to space under a single umbrella. "It will be like the Turkish NASA. All preparations are finished," Elvan said.

"We need to have a satellite launch center. It should be located either in the middle of a large field that is not near a residential area or on the coast because parts of the rocket and the fuel tank fall back to earth after separation when satellites are launched. It should not damage property or injure people. Therefore, central Anatolia is not suitable. Detailed work to finalize this is being conducted," he stressed.

Elvan also answered questions about 4G mobile networks in Turkey. He said that the legal process had been completed and there would be tenders for the 800, 900, 1800, 2100 and 2600 bands. "We can address more people with the 800 band, as the 800 and 900 bands are very functional especially in rural areas. Bands above 1800 provide communication in relatively narrow fields. That's also why the 800 and 900 bands are quite valuable. We have some channels operating on the 800 band and we are moving them to the 700 band, which is higher quality. When the transition process is completed, the 800 band will be ready. Then we will initiate tenders for them and we will set base prices. Thus, we will treat all operators in Turkey equally and transparently. Thanks to 4G, speed will become 20 times faster than it is today. Particularly, television broadcasting is having problems with connections via 3G, and we will eliminate these kind of problems," Elvan said.

He also said that they would thoroughly review and renew the Telecommunications Communication Presidency (TİB) building as well. "Some records were deleted, discs were broken and many other problems damaged the prestige of the TİB, which is why they are vacating the current building. We will have a new building and I will announce its location later," Elvan said.

Elvan also gave some information about the third tube tunnel project, which is planned in Istanbul. "We created a skeleton combining all the railway systems in Istanbul. When people use the metro, they can go anywhere they want in the city. The environment will not be damaged either. Its capacity will be bigger than the total capacity of the Avrasya and Marmaray, where 68,000 vehicles pass through Avrasya every day and 170,000 people use the Marmaray every day. This new line will carry 1.5 million people and facilitate the passage of 120,000 vehicles," he said. Elvan evaluated the words of Hamdi Topçu, the chairman of Turkish Airlines (THY), who had said that Atatürk Airport would be closed after the third airport opens. "The president, the prime minister and I provided some explanations about this issue. The chairman of THY is not authorized to make such decisions. What we are thinking for Atatürk Airport is to use it for non-tariff flights and turn the remaining area into a green field," Elvan emphasized.

The minister also stressed that work on the third bridge is continuing. "Catwalks are being built right now. We might pass over within 10 days. Also, bridge floors are being put into place. We will hold a tender for the railway system as soon as we complete the project's road, which will be completed by September 29, 2015," Elvan concluded.
Last Update: Mar 04, 2015 9:49 am
RELATED TOPICS