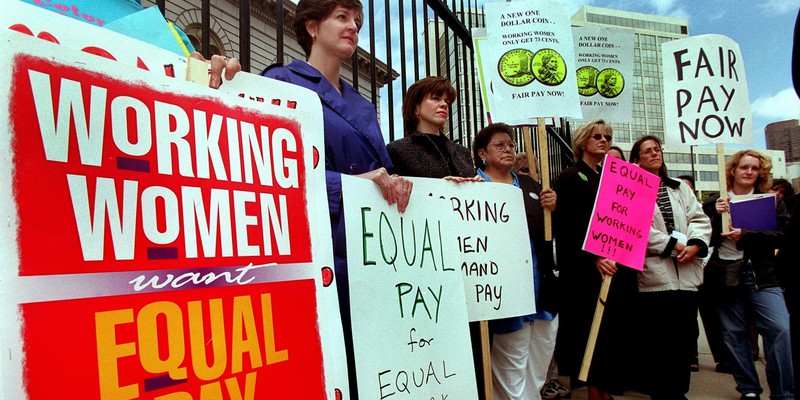 by Mar 05, 2015 12:00 am
Women earned on average 16.4 percent less than men in the European Union in 2013, with the gap even greater in many northern countries, the EU statistics agency Eurostat said on Thursday.

At 29.9 percent, the biggest salary gap was in Estonia, followed by Austria at 23 percent, the Czech Republic at 22.1 percent and Germany at 21.6 percent.

However, the gap increased slightly in nine of the member states, led by Portugal, which rose from 9.2 percent to 13 percent.

Eurostat, which published the figures ahead of International Women's Day on Sunday, said the gap between women and men is not just in pay.

Two thirds of the directors, executives and managers are men, while two thirds of office workers are women.
Last Update: Mar 06, 2015 9:51 am
RELATED TOPICS