On-time flight performances announced, Izmir on top of the list 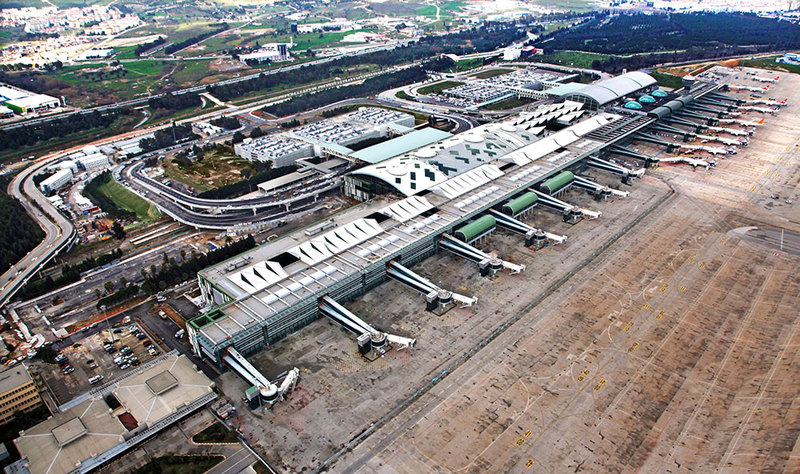 by Daily Sabah Mar 06, 2015 12:00 am
Throughout 2014, 91 percent of the flights took off on time at Izmir's Adnan Menderes Airport (ADB) and it was ranked 11th among 374 airports in the world according to the On-Time Performance Service Awards of airline statistics company, FlightStats.

Japanese airports stood at the top of the list with their impressive departure performances, while Russian and Chinese airports ranked at the bottom.

In the first four months of 2014, not more than 49 percent of the flights took off on in time at Istanbul's Atatürk International Airport (IST).

Netherlands based KLM was announced as the most punctual airline as it managed to fly 88.66 percent of its flights on time. The Dutch flag carrier was followed by SAS and Iberia Airlines with very close rates.

With only 35 percent of flights on time, Pakistan International Airlines (PIA) is by far the worst international airline in terms of sticking with its schedule. PIA is followed by their fellow neighbors Air India (AIL), which manages to fly only 51 percent of its routes on time.

Dubai based Etihad, China Eastern Airlines and Israeli El-Al were announced as airlines that were on schedule in less than 60 percent of their flights.

Turkey's flag carrier Turkish Airlines (THY) had managed to fly 74.08 percent of their flights on time in 2014, a relatively poor performance compared with its competitors, while it was ranked sixth in the Middle East-Africa category. Turkey's low-cost Pegasus Airlines was ranked eigth in the same category with 72.39 percent flights on time.

German flag carrier Lufthansa, which is viewed as THY's main competitors, ranked fifth in the European category with 86.21 percent flights on time.

Among three airline alliances, OneWorld, the smallest alliance both in terms of flights and seats, performed better with 79.97 percent flights on time. Main competitors Star Alliance and SkyTeam had arespective performances of 77.19 and 76.08.