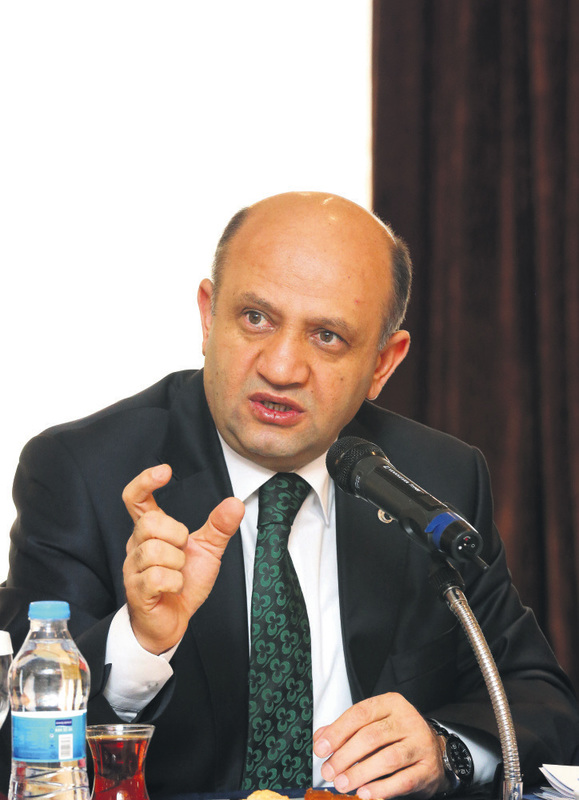 by Daily Sabah Mar 12, 2015 12:00 am
According to a written statement released by the Ministry of Science, Industry and Technology, a study has been launched investigating the need of diesel engines produced domestically, as the imports of diesel engines along with their components lead to an annual foreign trade deficit of around $3 billion. The statement said that with the initiation of the study, the first step toward establishing the Center of Engine Excellence has been taken. According to the statement, Turkey imports an average of 150,000 diesel engines annually that are used extensively in heavy commercial vehicles, off-road work machines, tractors, military vehicles, generators and marine applications. The statement added that the largest engine manufacturers in the world meet many of their requirements, particularly with castings, through domestic production. The work, which will remove machine and tractor producers' external dependency, is said to further improve the competitive capacity in this field in Turkey. "Having the third largest growing construction equipment market after China and India, Turkey offers great opportunities to domestic manufacturers with approximately 1.8 million tractor parks. It is expected that the annual tractor market of 60,000 tractors will grow much further with the renewal of old tractors. The use of domestic engines in tanks, fast carriers and marine applications will also add strength to the defense industry," the statement said. The work of the ministry aims to produce low-emission and environmentally friendly engines that are compatible with EU norms. According to the statement, Science, Industry and Technology Minister Fikri Işık recently met with industrial enterprises that would play a role in the production of domestic diesel engines. The working group, which will be formed and overseen by the ministry, will be composed of private sector representatives under the chairmanship of an experienced academic.
Last Update: Mar 12, 2015 1:10 am
RELATED TOPICS