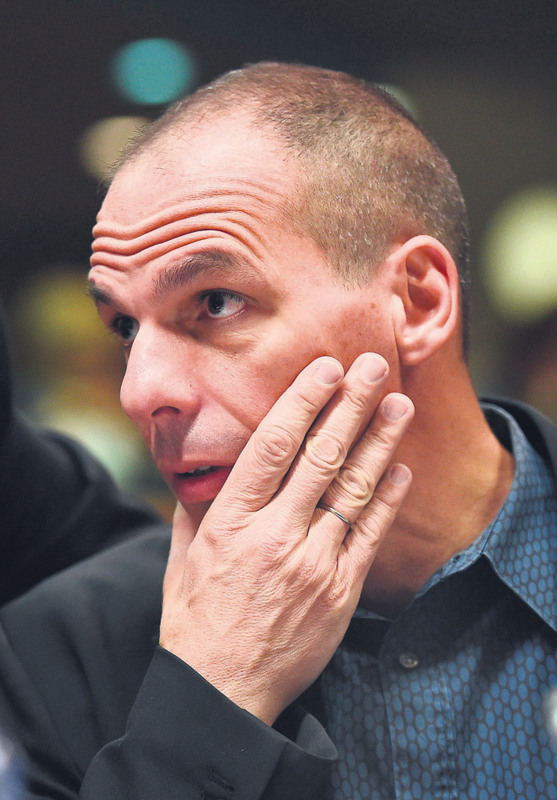 by Mar 15, 2015 12:00 am
Greece's maverick Finance Minister Yanis Varoufakis said on Sunday he regretted a celebrity shoot for Paris Match that drew widespread ridicule on social media. "I wish that shoot had not taken place, I regret it," he told Alpha TV, adding that he did "not agree with the aesthetic" of the pictures.

Varoufakis was pictured by Paris Match at a piano in his living room, and dining with his wife in style on the roof terrace of his "love nest at the foot of the Acropolis," while telling the magazine how he abhorred the "star system." The reaction on social media was instant, with the finance chief in Greece's new hard-left Syriza government which has described the country's financial plight as a humanitarian crisis heavily criticized.

However, the minister argued that the publication "did a lot of good to Greece in France." Varoufakis, who never shies from media exposure, also took aim on Sunday at German tabloid newspaper Bild which has claimed he will soon be dismissed from the government. "It is an honour to have Bild trying to undermine me. The more they do it, the better I sleep at night," he said, in statements reprinted on state news agency ANA.

The 53-year-old economics professor has spent the past month trying to persuade Greece's sceptical international creditors to approve a new pain-free reform deal for Greece. His flamboyant style has reportedly alienated many of his fellow ministers. With Athens facing a cash shortage this month, Varoufakis's ministry has been criticised at home for turning to the country's struggling pension funds for assistance.
Last Update: Mar 15, 2015 10:51 pm
RELATED TOPICS