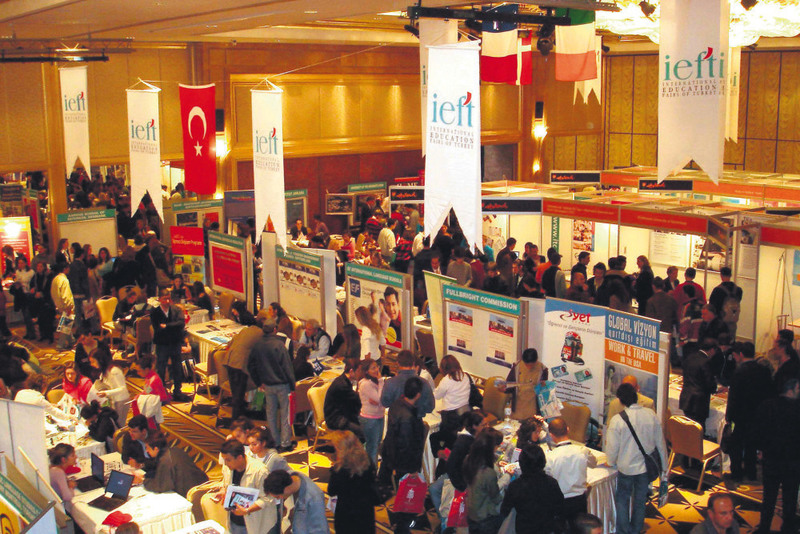 by Anadolu Agency Mar 15, 2015 12:00 am
During an interview with Anadolu Agency, the managing director of International Education Fairs of Turkey (IEFT), Deniz Akar, said that Turkish students spend about $ 1.5 billion a year to study abroad and that international education has turned into an industry and education tourism worldwide.

Akar noted that Turkey ranks fifth among the countries that send the highest number of students abroad for education, adding that this figure reaches to around 90,000 students annually, 35,000 of whom go abroad for language training.

Akar also stated that a great majority of students prefer the U.S., which is followed by the U.K., Malta, Canada, Australia, Germany, France and Italy respectively.

According to the Organization for Economic Co-operation and Development (OECD) data for 2011, every year 4.3 million students spend more than $100 billion on international education across the world. "This contributes significantly to the sector," Akar said, adding that the U.S., which hosts the greatest number of students for education, derives a profit of $20 billion per year. This number is greater than that of National Aeronautics and Space Administration (NASA), which contributes $19 billion to the U.S. economy annually. This is the reason why other countries boost their promotions in order to attract more foreign students.
Last Update: Mar 16, 2015 9:34 am
RELATED TOPICS