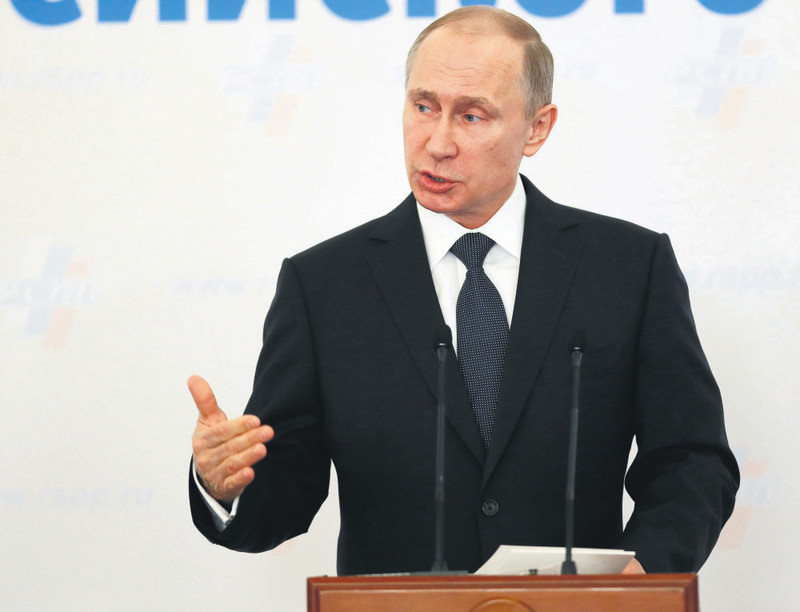 by Associated Press
Mar 20, 2015 12:00 am
Russian President Vladimir Putin has urged a gathering of Russia's billionaires and business leaders to return their capital to Russia and suggested that funds kept abroad could be frozen. In an apparent reference to the possibility of further U.S. and European Union sanctions on Russia for its involvement in the Ukraine crisis, Putin warned Thursday of a possible "limit on the use of these capital amounts which are located in foreign jurisdictions." Citing "disturbing information from a number of countries," Putin said he suspects that "attempts could be made to obstruct" efforts to return capital to Russia. "Just bear that in mind," he told the assembled audience. Faced with record capital flight of $151.5 billion last year, Putin proposed a capital amnesty in December, under which funds brought back to Russia would not face questions on tax and other issues. On Thursday, he insisted the amnesty would have to comply with international money-laundering rules to prevent "capital earned in an illegal manner" from being amnestied. The announcement of the amnesty followed a multi-year push from the government to rein in so-called de-offshorization whereby Russian businessmen and companies sought opaque foreign jurisdictions to place their cash. As yet, the push has yielded little. Putin also said he supported the Russian central bank's decision last week to lower its key interest rate to the "fairly high" level of 14 percent as it tries to revive the flagging economy while avoiding the danger of runaway inflation. The central bank predicts Russia's economy will contract by between 3.5 and 4 percent this year in the wake of sanctions and low oil prices. Cheap oil is also a threat to government revenues and has prompted across-the-board budget cuts of 10 percent, with the exception of protected sectors such as defense and infrastructure. Also at the summit, Economic Development Minister Anton Siluanov said Russia's economy had "passed the peak of negativity" and that the government now saw "signs of stabilization" ahead of a likely return to growth next year. The government has been keen to project an image of calm since December, when a currency panic saw the value of the ruble tumble faster than at any time since the 1998 financial crisis. The currency has since stabilized somewhat.
Last Update: Mar 20, 2015 1:45 am