Işık urges Turkish academics in US to come back to Turkey 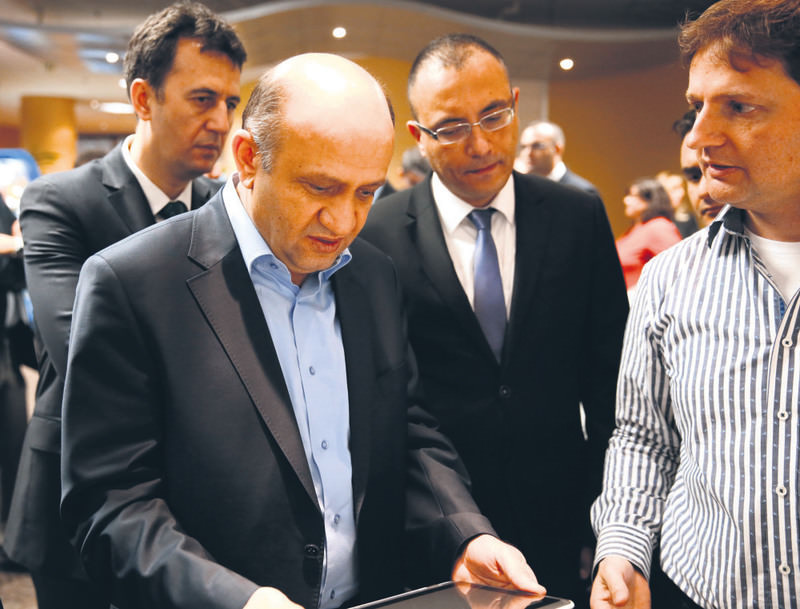 During his visit to the U.S., Technology Minister Işık invited Turkish academics and entrepreneurs to return to their homeland to implement projects and contribute to the country's science and technology industry

Science, Industry and Technology Minister Fikri Işık invited U.S.-based Turkish academics and entrepreneurs to support Turkey by returning to work in their country of origin. "For those academics who want to return to Turkey, our gates are entirely open, and we have prepared all necessary infrastructure for them to be adopted," the minister told the Anadolu Agency in San Francisco. Işık visited the Ankara-based Middle East Technical University Entrepreneurship Center in San Francisco on Saturday, which was the last stop in his four-day visit to the U.S. He said that Turkey also offers support to those who do not want to return to Turkey but work and live in the world's technology center, San Francisco. "Our proposal for people who want to continue living here is "come, let's do projects together; come, contribute to Turkey's science and technology from here," Işık said and added, "You win, Turkey wins."

The minister further said that after many consultations with Turkish academics and entrepreneurs in the U.S., they have seen the need for Turkey to pass some legislative changes. Işık said that Turkey is project-oriented, while the U.S. is market-oriented. "In the meetings, we arrived at the conclusion that Turkey must work to be more market-oriented," the minister said. Over the past few days, the Turkish minister visited Silicon Valley giants HP, Oracle, Intel, Apple, Cisco and Google and called on them to establish research and development centers in Turkey and not to see the country only as a customer. Turkey has been working in recent years to establish a Silicon Valley-inspired industrial region in Istanbul, Turkey's biggest city and economic capital. "With the Informatics Valley project, which will be built on a 3-million-square-meter area, we want to turn our country into a global research, development and innovation base," Işık told Turkish academics in a workshop at Stanford University on Friday.

Software development to be exempted from tax

During an interview with Anadolu Agency, Finance Minister Mehmet Şimşek said that they will continue to support those who are engaged in R&D, innovation and software activities in all areas. Şimşek noted that such activities are highly important to handle the current account deficit, as they contribute to branding and the increase of high value-added production and of exports, adding that they will continue to support innovators who expedite the transition to a high value-added economy.

Underlining that Turkey's international competitiveness will improve through such incentives, Şimşek added that the communiqué, which is required for the practice of last year's regulation, has been prepared. With the regulation entering into force, our innovators will have a significant tax advantage in their profits, Şimşek said.
Last Update: Mar 23, 2015 1:30 pm
RELATED TOPICS