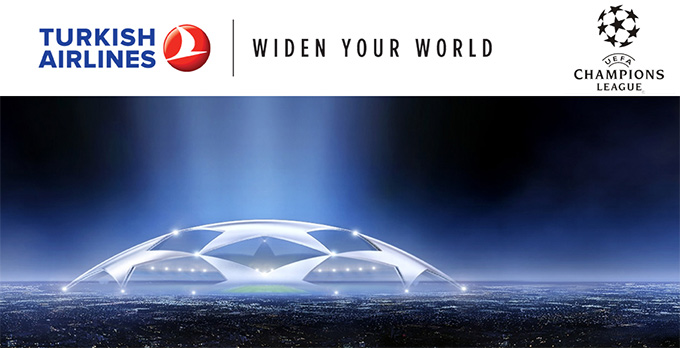 by Daily Sabah with Agencies Mar 24, 2015 12:00 am
Turkish Airlines (THY) announced on Tuesday that it will sponsor the UEFA Champions League for the next three years.

According to Turkey's flag carrier's statement published in Public Disclosure Platform, THY board has decided to sponsor the UEFA Champions League to increase the brand recognition.

THY will be "The Official Airline Sponsor of UEFA Champions League" for a period of three years.

THY currently sponsors Europe's top basketball event Euroleague, top European clubs F.C. Barcelona and Borussia Dortmund. The airline had earlier sponsored British giant Manchester United F.C., and it was reported in late 2014 and early 2015 that it has been conducting negotiations with Chelsea F.C.