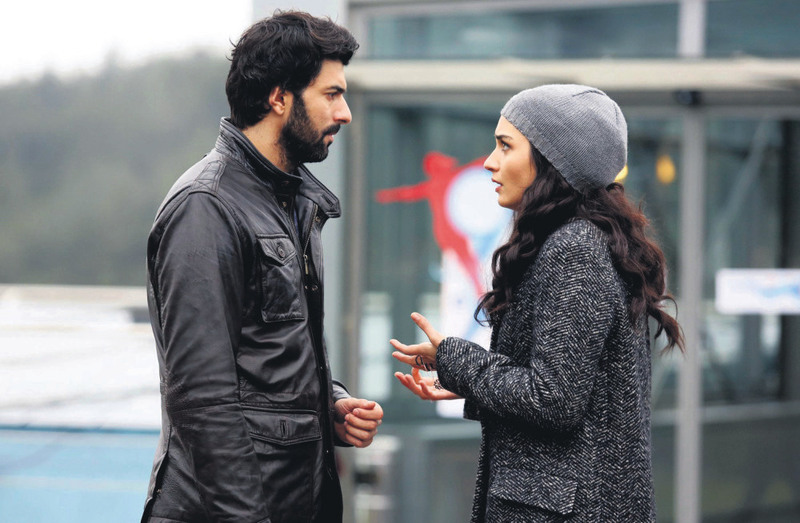 by Daily Sabah Mar 27, 2015 12:00 am
Exports of Turkish TV series with high budgets and high ratings abroad is expected to exceed $350 million in 2015. Can Okan, manager of the company that exports various series including "Lale Devri," "Kurtlar Vadisi Pusu," "Kara Gül," "Filinta" and "Diriliş Ertuğrul," announced to Anadolu Agency that Turkish TV series are currently being broadcasted in more than 80 countries. Stressing that Turkish TV series exports brought in around $300 million last year, Okan said that recent research and discussions with colleagues indicated that exports earn approximately $350 million to $370 million - making Turkey the second-largest TV series-exporting country in the world last year. Okan said that while exports to certain countries in the Middle East and North Africa have slowed due to political issues in many of the region's countries, the representatives of the Turkish TV sector are trying to break into alternative markets. Recently, exports to the Latin American market have begun, and Okan indicated that there is substantial growth in the market. Moreover, now, just like "Telenovellas," which was once famous in Turkey, Turkish dramas are now favorites in different regions.

For instance, "Binbir Gece," the first Turkish series to be broadcast in Chile, was extremely successful. "Our distributors there said that Chileans are now naming newborn babies Onur and Şehrazat [after the series' main charactors]," Okan added. Okan stressed that they are now taking steps for Turkish series to enter East Asian and South Asian markets as well. "We are now trying to break into the Indonesian, Malaysian, Indian and Chinese markets," Okan concluded.
Last Update: Mar 27, 2015 2:21 am
RELATED TOPICS