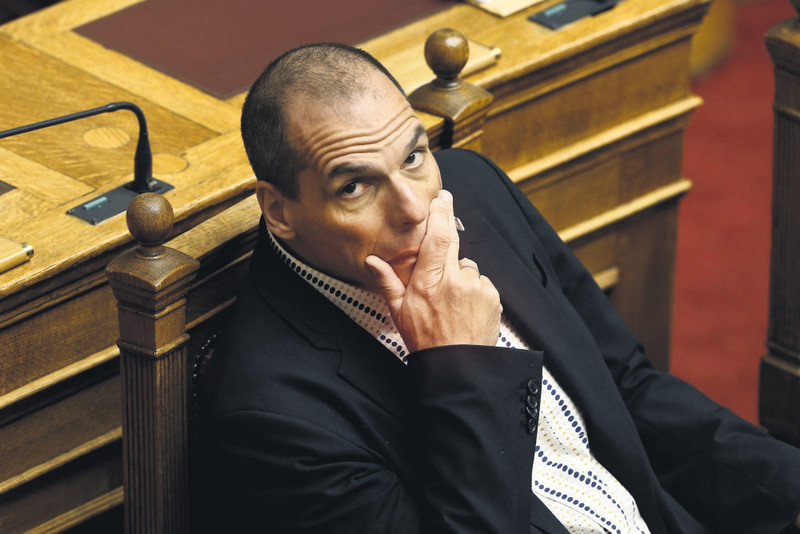 by reuters Apr 03, 2015 12:00 am
Greece has told its creditors it will run out of money on April 9, making an appeal for more loans before reforms on which new disbursements hinge are agreed and implemented, but the request was rejected, eurozone officials said.

The appeal was made by Athens at a teleconference of eurozone deputy finance ministers on Wednesday organised to assess how far Athens still was from meeting the conditions for unlocking new financial aid.

Greece's appeal echoed remarks by Interior Minister Nikos Voutsis on Wednesday that the country would have to choose whether to pay back 450 million euros to the International Monetary Fund on April 9th or pay salaries and pensions. He said it would choose the latter.

A government spokesman later denied that Greece would miss the IMF repayment deadline. But the choice Athens said it would face was repeated at the closed teleconference with creditors.

Greece can get 7.2 billion euros of new loans from the eurozone and the IMF if it implements reforms that the previous government agreed would be the condition for disbursement.

The new government does not want to implement most of these measures because they go against its election promises of ending budget consolidation policies. It is now negotiating a new list of steps that would keep both sides satisfied.

The Greek representative on the call said that a deal on the reforms should not be a "post mortem" for the country as "there is no way we can go beyond April 9th", eurozone officials said. He added that holding off with new loans until a deal with creditors can be reached was unrealistic. But others on the call, including Germany, reiterated that for Greece to get the reminder of the 240 billion euro bailout, Athens would have to agree on the reforms and implement them and there was no chance of releasing the funds on April 9. Eurozone officials pointed out to Greece that it could manage its liquidity by tapping funds of various entities in the Greek general government and those of state-owned companies, even if it had to pass appropriate laws to do so if necessary. But Greece repeated that this would not be enough to cover both the IMF repayments and its wage and pension obligations in April after next week.

No resolution was reached on the call regarding what would happen if the talks continue beyond April 9.

Greece sent a more detailed list of planned reforms to institutions representing the creditors - the European Commission, the European Central Bank and the IMF - earlier on Wednesday. But the list was work in progress and far from satisfactory, representatives of the institutions said on the call.

Some policies, like social measures, went in the right direction, while others still lacked detail or an estimation of how much they would cost, they said.

Others still, like some measures on tax, the labour market, a law to allow the payment of tax debt in instalments or steps to limit the autonomy of public revenue administrations, went clearly against earlier agreed objectives, officials said. Fiscal reform assumptions were far too optimistic, some officials on the call said.

Eurozone officials said on the call that even though teams of creditor representatives have been in Athens for three weeks, useful work went on only in the last four days and at this rate reaching a deal by the end of April was impossible. They said creditor representatives were struggling to get information on the policy intentions of the Geek government because Greek officials were sometimes unaware of plans or not allowed to talk about them.

Eurozone deputy finance ministers and the institutions representing the creditors will hold further discussions on Greece on April 8, but it is unlikely that a deal could be reached by then, officials said. They said the aim was to have an agreed list of reforms, including their impact on the Greek budget by the week of the next meeting of eurozone finance ministers on April 24 in Riga.
Last Update: Apr 03, 2015 2:14 am
RELATED TOPICS