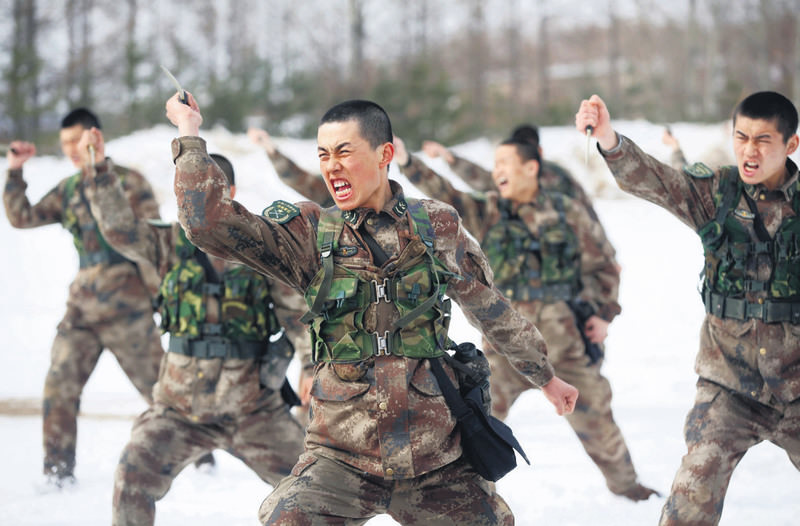 Although global defense spending in 2014 dropped 0.4 percent compared with the previous year, according to the Stockholm International Peace Research Institute, military spending increased sharply in 2014 in China and Russia while the Ukraine conflict prompted eastern European countries to boost their defense programs. The United States remains the world's biggest spender on defense, but it spent 6.4 percent less year-on-year in 2014, while China, Russia and Saudi Arabia - the world's next three highest spenders - all increased their expenditures according to AFP. Turkey's spending grew by just 15 percent since 2005, while Israel's military spending remained relatively stable throughout 2005-14, according to AA.

The conflict in Ukraine pitting Kiev against pro-Moscow rebels has seen eastern European countries near Russia rack up their spending and revise their defense plans. "The Ukraine crisis has fundamentally altered the security situation in Europe, but so far the impact on military spending is mostly apparent in countries bordering Russia," SIPRI's Sam Perlo-Freeman said.

Ukraine's budget jumped by over 20 percent to $4 billion, while Russia's rose by more than eight percent to $84.5 billion.

The Russian government's budget foresees an even bigger rise - of 15 percent - in 2015, but that could be cut due to the economic troubles linked to the Ukraine conflict. In Western Europe, as in the United States, budgets were shrinking, the report said. While Washington is still the world's top military spender, levels have shrunk by a fifth since they peaked in 2010, said SIPRI, an independent institute that studies conflict, weapons, arms control and disarmament. "However, current U.S. military spending is still 45 percent higher than in 2001, just before the Sept. 11 terrorist attacks," it added. The United States boosted its military budget in the aftermath of suicide attacks on Sept. 11, 2001 that killed nearly 3,000 people. Within two years, it had launched two long and bloody wars in Afghanistan and Iraq.

Military spending in the Middle East amounted to $196 billion in 2014, an increase of 5.2 percent over 2013, and 57 percent since 2005. The largest increases since 2005 were by Iraq (286 percent), the UAE (135 percent), Bahrain (126 percent) and Saudi Arabia (112 percent). Figures for 2014 were not available for Kuwait, but its spending increased by 112 percent between 2005 and 2013. Saudi Arabia's 17 percent rise made it "the largest increase of any of the top 15 spenders worldwide," SIPRI said. The oil-rich state is a regional powerhouse with a significant role in several conflicts in the fraught region. Since March 26, a Riyadh-headed coalition has carried out air strikes against Houthi Shiite rebels who overran Sanaa in September last year.

In Africa too, military spending has risen by nearly 6 percent, led by oil producers Algeria and Angola, said SIPRI. "While total world military spending is mostly unchanged, some regions, such as the Middle East and much of Africa, are continuing to see rapid build-ups that are placing an increasingly high burden on many economies," the institute's Perlo-Freeman said.

"These increases partly reflect worsening security situations, but in many cases they are also the product of corruption, vested interests and autocratic governance."