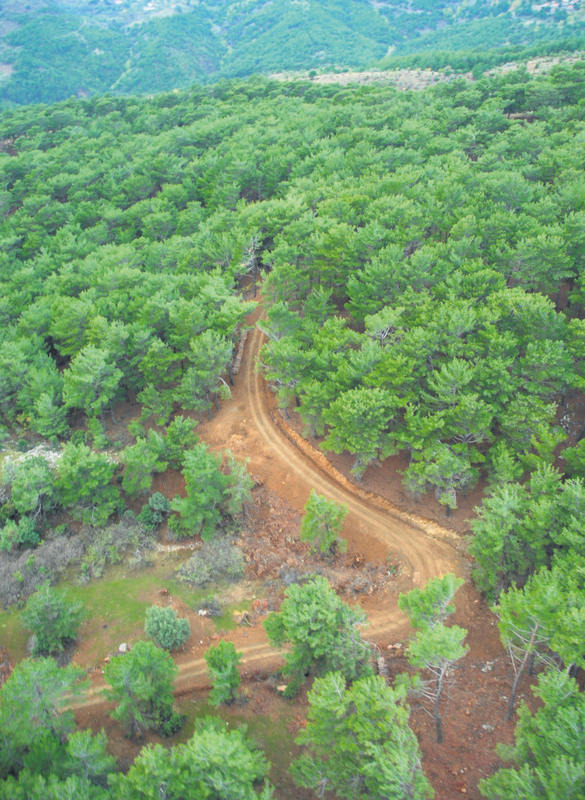 by Daily Sabah Apr 14, 2015 12:00 am
Director İsmail Üzmez of the Directorate General of Forestry has said that over the last 12 years many significant projects have been implemented to increase the total area of forests in Turkey to 22 million hectares.

Üzmez reported that approximately 250 million saplings have been planted in Turkey every year and in the last 12 years the area covered by forests has increased by nearly one million hectares. "Turkey has become one of the very few countries that has increased its forests. Turkey values its forests, increases the forested lands by planting saplings and protects already existing forests from exterior elements."

Üzmez claimed that the understanding of forestry has changed in Turkey and underscored their aim is to pass forested lands down to future generations. "These forests are not ours; we hold them for our children. The future generations trust us so we have to be extra careful while protecting forests. As long as we continue this approach we will be able to protect our forests and improve them," he saıd.

The Directorate General of Forestry has planted saplings in the gardens of mosques, churches, synagogues, hospitals and schools as well as along roads. The directorate has also finalized all preparations for fighting possible forest fires and has dedicated itself to protecting each square meter of forested land in Turkey.

Üzmez said the duty to protect forests also falls to ordinary citizens: "We plant, protect and increase the number of forests, but the important thing is to leave them to future generations. Citizens should participate in this. This is a chain that each citizen must claim responsibility for."

Last week, speaking the opening ceremony of the Congresium Congress Center in Ankara, Prime Minister Ahmet Davutoğlu said the government has planted 3.5 billion saplings while the Justice and Development Party (AK Party) has been in power between 2002 and 2015.
Last Update: Apr 15, 2015 10:27 am
RELATED TOPICS