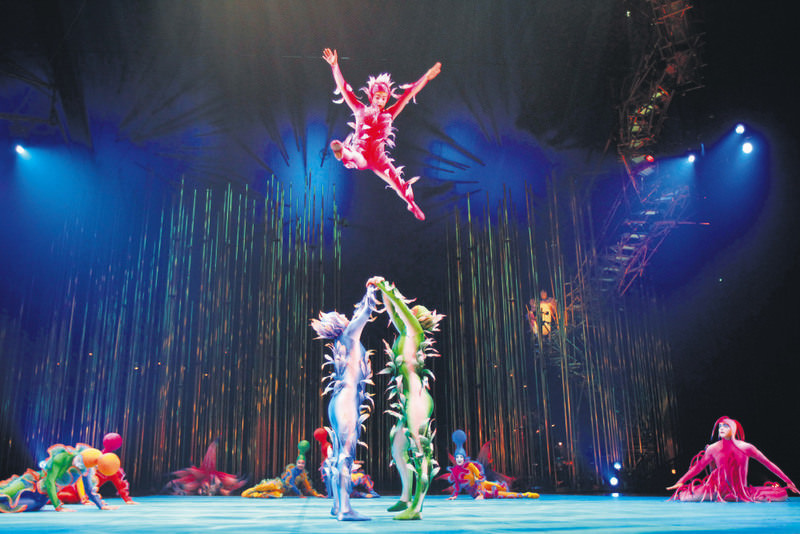 by Anadolu Agency Apr 17, 2015 12:00 am
Canada's world famous Cirque du Soleil has been sold to American and Chinese investors for approximately $1.5 billion, according to multiple media reports. The deal is being finalized between company founder Guy Laliberte and two consortia, the private U.S. equity firm TPG Capital LP and Fosun International of China.

While reports of the sale remained unconfirmed on Thursday evening, Laliberte said in an email to Cirque du Soleil staff at the circus' Montreal, Quebec, headquarters that the deal had not yet been wrapped up and added, "I will not hide the fact that there are a lot of discussions going on," the Canadian Broadcasting Company reported earlier Thursday.

The company employs approximately 4,000 people worldwide, including 1,500 in Montreal, and has played to an audience of an estimated 155 million since its humble inception in 1984 with 20 street performers in Quebec. While sale rumors have circulated for some time, not everyone expressed happiness about the possible change in ownership. Canadian media reported that Quebec Premier Philippe Couillard, concerned that a foreign takeover of the company would mean the loss of jobs, made a plea to Laliberté to keep the head office in the province. "I want to tell him that for Quebecers, for the government and for all political parties represented here, it is very important not only that the headquarters remain in Montreal, but that the creative activities should also remain in Montreal," Coulillard said March 26.