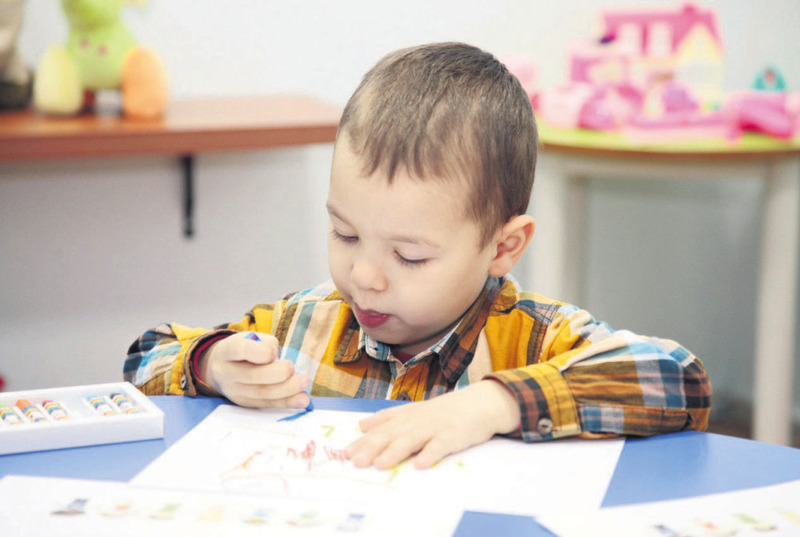 by Hazal Ateş Apr 17, 2015 12:00 am
Children's play room will open for the children of women that attend vocational courses as part of a surprising step taken by the government to increase employment among women. The Turkish Employment Agency (İŞKUR) will open vocational courses for thousands of people in order to spur employment. Mothers will be able to attend these courses while leaving their children at the children's play room as part of the Labor Market Activation Program. Support provided to municipalities in order to create quality children's play rooms will be increased according to this program, which was stated in the election manifesto of the Justice and Development Party (AK Party). The program will increase the support provided to employers as well. For example, the salaries of employees who attend job trainings will be covered by İŞKUR for up to six months. To support employment within the first half of the year, if employees start on-the-job training by July, the support given will be for a whole year instead of just six months. Furthermore, expenses suffered by employers for the attendees of such courses will be deducted from the taxable income. The social security contributions of employers will also be covered by the government for three-and-a-half years in the manufacturing sector and for 30 months in other sectors if the employers hire employees who have attended trainings.

Along with children's play rooms, the Women Entrepreneurship Program will be initiated to improve awareness for equality in opportunities for women and men. More support will be provided to women entrepreneurs by offering indemnity of up to 85 percent of five-year loans - up to TL 100,000 ($37,067.93). Additionally, problems with severance payments will be resolved, and the conditions for benefiting from unemployment insurance will be extended.

Employers who do not abide by the overtime work hours will be fined, and the number of sub-contracted workers and the current working conditions of those who work both in the public and in the private sector will be monitored.

Courses for the improvement of basic professional skills will be increased as well. Employing 2 million people is targeted within a two-year period, and employment incentives will be increased for this purpose. In addition, state resources for premium discounts will be increased in this respect. The unemployed will have the opportunity to attend programs to work for the benefit of society. Labor Minister Faruk Çelik underlined the importance of such programs to be initiated by İŞKUR, and stressed that 208,000 people benefitted from such programs between January and November of last year. Employment opportunities according to the requirements of the city and the public will be determined, as will jobs in environmental cleaning, public infrastructure repair, janitorial work at schools of the Ministry of National Education and others. Wages will be calculated by the number of days times the daily minimum wage.
Last Update: Apr 17, 2015 10:00 pm
RELATED TOPICS