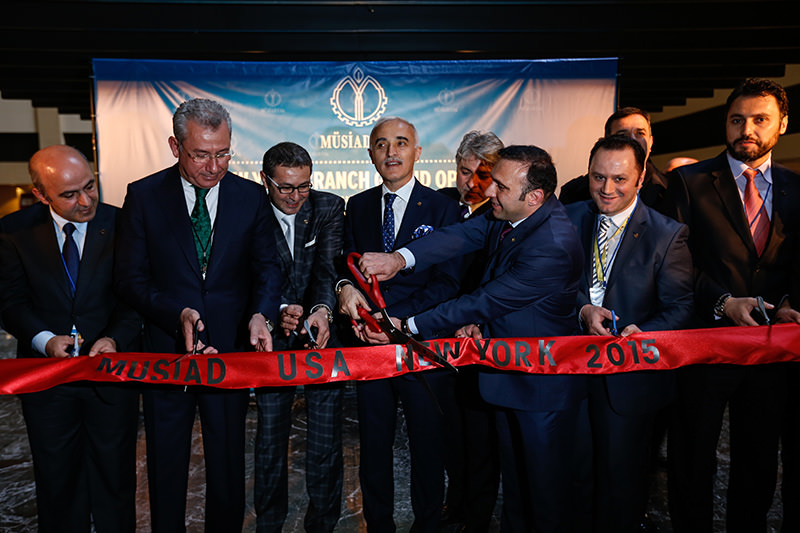 | AA Photo
by daily sabah Apr 17, 2015 12:00 am
The Independent Industrialists' and Businessmen's Association (MÜSİAD), one of Turkey's biggest NGOs, opened its New York branch on Thursday. The association had opened its first branch in the U.S. in Washington in 2014. Chairman of MÜSİAD Nail Olpak said that they are planning to launch offices in San Francisco and Boston after New York. Speaking at the opening ceremony of the New York branch, Olpak said that they hope new branches will contribute to bilateral trade between Turkey and the U.S.

Turkish Consul General Ertan Yalçın also participated at the ceremony and emphasized the importance of cooperation between the private sector and the government. The Economy Ministry has included the U.S. in the list of targeted countries in terms of increasing the trade volume for the years of 2014 and 2015. The trade balance between the two countries has been to the benefit of the U.S., which has had higher exports since 2006.

Turkey's exports to the U.S. totaled $6.3 billion in 2014, while imports equaled $12.7 billion. The U.S. chairman of the association, Mustafa Tuncer, said that their aim is to bring Turkish and American businessmen together from different sectors to promote trade relations.