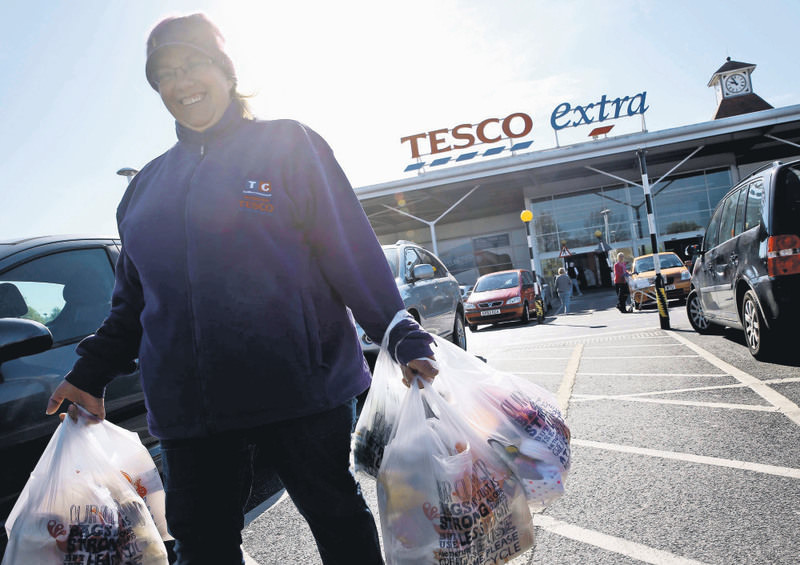 by reuters Apr 22, 2015 12:00 am
Tesco plunged to an annual loss of 6.4 billion pounds ($9.5 billion) yesterday, the worst in its 96-year history, after shoppers deserted Britain's biggest retailer and forced it to write down the value of its stores. Hurt by an accounting scandal and a price war sparked by the march of discount groups Aldi and Lidl, the supermarket wrote down the value of its business by 7 billion pounds to reflect restructuring charges and the lower sales its stores were making. The statutory loss, which also includes stock writedowns, is one of the biggest in British corporate history.

"The market is still challenging and we are not expecting any let up in the months ahead," said Dave Lewis, a former Unilever executive who has impressed investors with his decisive action since he joined in September. Analysts said the full-year results were broadly in line with expectations, but the writedown was larger than forecast. Tesco's trading profit was 1.4 billion pounds, in line with company guidance but less than half of the 3.3 billion pounds made the year before and a third straight year of decline. The firm also revealed it had net debt of 8.5 billion pounds and a net pension deficit of 3.9 billion pounds. It has agreed a deal with the trustees to pay 270 million pounds per year into the scheme to help make up the shortfall. Tesco's property writedown follows similar moves by rivals Sainsbury's and Morrisons and reflects the deterioration in U.K. grocery market conditions in recent years. It is on top of about 4 billion pounds of charges Tesco has taken over the last three years.

The results did show some signs of improvement, with like-for-like sales in its home market, excluding fuel and VAT, down 1.2 percent in the fourth quarter, from a fall of 4.4 percent in the previous three months. Like-for-like volumes were up for the first time in over four years. The group said trading conditions remained tough overseas where trading profit in Asia and Europe fell 15.3 percent and 31.1 percent respectively.
Last Update: Apr 22, 2015 11:30 pm
RELATED TOPICS