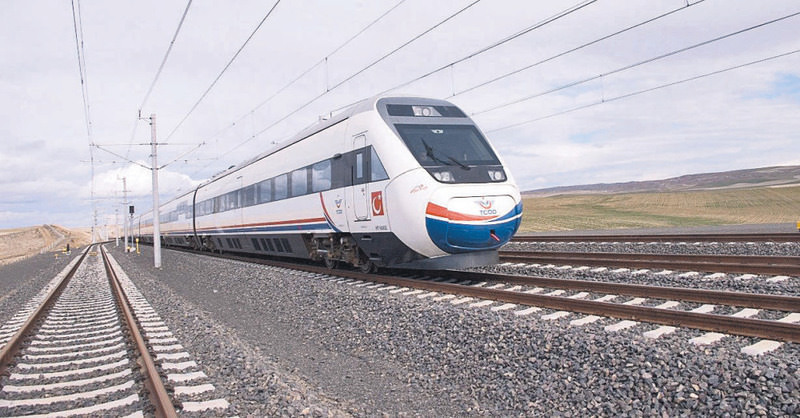 by Daily Sabah with Wires Apr 24, 2015 12:00 am
The mayor of Ordu Metropolitan Municipality, Enver Yılmaz, announced that a feasibility study for the express train project for Ordu, a province in the Black Sea region in northern Turkey, has been initiated by the Transportation Ministry. The province of Ordu has historically had little chance to develop either economically or socially, as it is located between the two far-more-developed provinces of Samsun and Trabzon. But now new opportunities have opened up with recent initiatives taken in transportation. Residents of Ordu have enjoyed a new coastal road, airport and highway, the Ordu-Sivas highway from the Black Sea to Mediterranean, Ünye ring road and various other investments made by the metropolitan municipality of Ordu, including paving the roads in rural areas with asphalt within the last 10 years. Currently, all representatives of both state and civil organizations in Ordu have agreed to the request for an express train and were pleased with the mayor's announcement.

Yılmaz also said that after the surveys are completed, the tendering process will commence for the express train project, which will shorten the journey between Samsun and Ankara, the Turkish capital, to two hours. Yılmaz said that the project will hopefully be commissioned in 2019. He also said that the Transportation Ministry is still performing feasibility studies for the Samsun-Bolaman line, which is a district of Ordu close to the center, and that extending the express train line to Bolaman would cater for all the needs of Ordu. He noted that the express train project between Samsun and Ankara will be completed by 2019 and that for those who are asking why the express train line does not run into central Ordu, he said that once the line comes to Bolaman, it would be much easier to extend it into the center of Ordu. Yılmaz further underlined that many of Ordu's needs will be covered in this way and that he imagines that the tender for the Bolaman-Samsun route will be opened in 2018-2019.
Last Update: Apr 24, 2015 11:06 pm
RELATED TOPICS