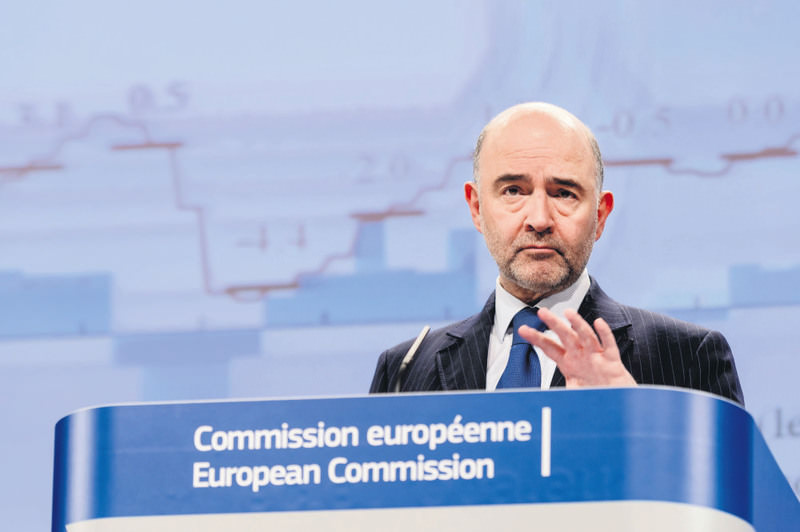 The EU Commission nudged up its forecast for Turkey's economic growth, citing the country will benefit from the the decrease in crude oil prices, which reduce current account deficit, and falling inflation rates

The European Union (EU) Commission has predicted that Turkey will grow faster than 24 EU member countries, according to the Spring 2015 Economic Forecasts Report of the Commission. The report anticipates a 3.2 percent growth for Turkey this year and 3.7 percent for next year.

The report was announced at a press meeting held by Pierre Moscovici, the European Commissioner for Economic and Financial Affairs, who said the Turkish economy will benefit from the decrease in crude oil prices; the inflation rates that will gradually decline and the increase in customer purchasing power, which will also support inflation while the decrease in imported energy bills will also cause the current account deficit to decline. It was also said public finance in Turkey is "stable and sustainable" and the budget deficit last year was less than estimated, around 1.3 percent, which depended mostly on the privatization revenues.

According to the European Commission, along with the decrease in the budget deficit, the effect of growth will increase, and due to the expected increase in tax income, the public debt ratio, which was 33.5 percent at the end of 2014, is expected to drop to 31.7 percent in 2015 and to 30.4 percent in 2016.

The report stated that the most crucial risks for the Turkish economy in the near future were the fast sales that might be observed in Turkish markets due to the Federal Reserve's monetary policies and the worsening of the crisis and clashes currently taking place in the Middle East and Ukraine.

The European Commission's Spring Economic Forecast Reports also indicated that growth rates in the eurozone are expected to be around 1.5 percent and around 1.8 percent in the EU, while the figures said in the winter report envisaged 1.3 percent growth for the eurozone and 1.7 percent for the EU.

According to the commission, some of the biggest economies in the EU will grow. Spain is expected to grow by 2.8 percent, the U.K. by 2.6 percent, Germany by 1.9 percent, France by 1.1 percent, Italy by 0.6 percent and Greece, which is in a debt crisis, by 0.5 percent. The only country that will experience economic recession is Cyprus with 0.5 percent shrinkage.
Last Update: May 05, 2015 7:50 pm
RELATED TOPICS