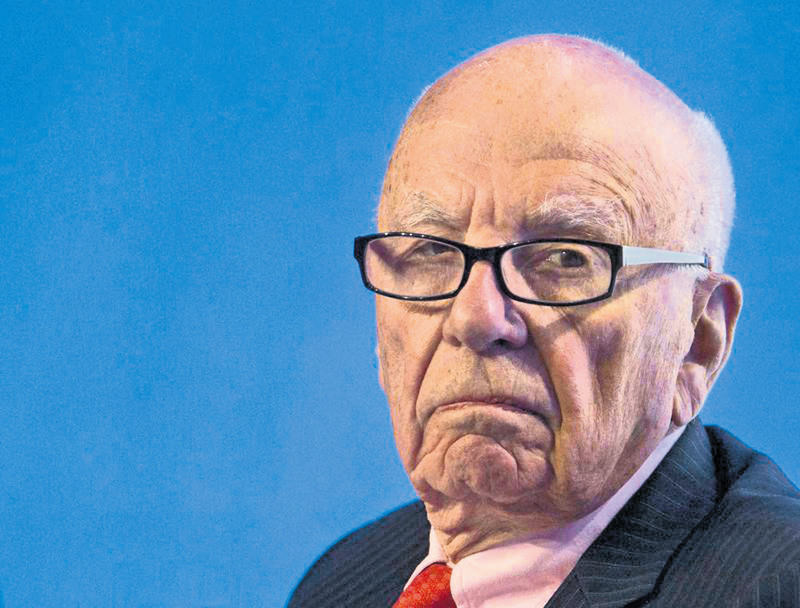 by May 06, 2015 12:00 am
Deepening woes at newspapers pulled down the earnings of Rupert Murdoch's News Corp., which saw declines in both circulation and advertising for print publications. Net profit fell 52 percent from a year earlier to $23 million in the quarter ending March 31, below most Wall Street forecasts. Revenue dipped one percent to $2.06 billion in the period. Chief Executive Robert Thomson said News Corp. "continues to build a firm foundation for digital growth" and highlighted positive results from online services such as the real estate listing service Realtor.com. He said that the company "faced some revenue challenges, particularly at news and information services, including currency headwinds," but that the diversification has helped keep the finances on a more stable footing. The news and information division saw operating earnings drop 23 percent and revenue down 9 percent compared with a year ago. That unit includes newspapers such as The Wall Street Journal, New York Post, Times of London and Sunday Times and a group of newspapers in Australia. News Corp. retained the name of the media-entertainment conglomerate broken up in 2013 as part of Murdoch's plan to "unlock value" for shareholders.

The other group created by the split, 21st Century Fox, includes Fox television and Hollywood studios. Murdoch and his family remain in control of both News Corp. and 21st Century Fox.
Last Update: May 06, 2015 10:05 pm
RELATED TOPICS