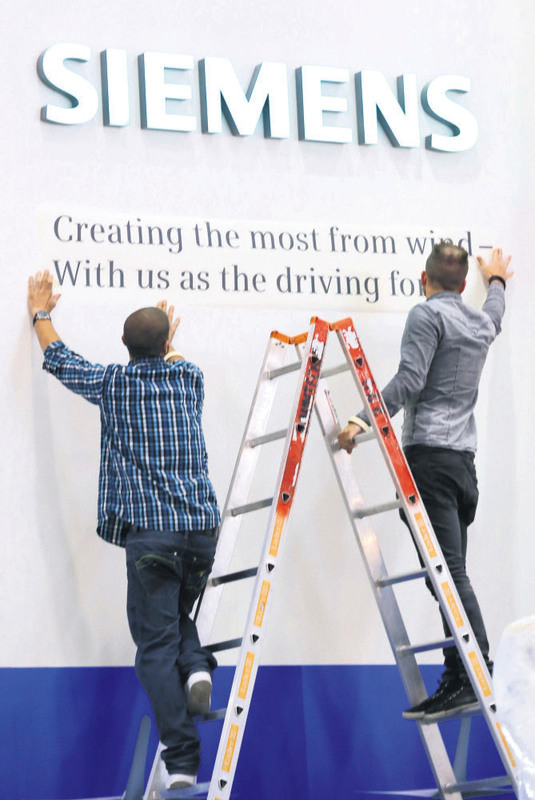 by May 10, 2015 12:00 am
The US intelligence agency NSA asked its German partner service BND to spy on the European country's engineering and technology giant Siemens, a German newspaper reported Sunday. In the latest report on a widening spying scandal, the newspaper said the US National Security Agency (NSA) suspected that Siemens was supplying communications technology to a Russian secret service, said the newspaper, citing unnamed US intelligence sources. A Siemens spokesman said the German company was "not aware of any facts in the company's area of responsibility" that would support making it a target of such surveillance, reported the same newspaper, Bild am Sonntag. The newspaper also said it remained unclear whether the BND had in fact delivered any intelligence on Siemens to the NSA. The "BND affair" - in which the German service allegedly also spied on the Airbus Group, the French government and the European Commission for the NSA - has rattled Chancellor Angela Merkel's government and angered some of Germany's European partners. In response to the scandal, which is straining Merkel's ruling left-right coalition, the BND last week reportedly scaled back its cooperation with the NSA on communications intercepted at its listening post in Bad Aibling in the southern state of Bavaria.

The Merkel government has so far declined demands by a parliamentary oversight panel to release a list of the NSA's requested search terms or "selectors" for IP and email addresses and mobile phone numbers, citing its ongoing consultations with Washington.

The Bild am Sonntag reported Sunday that the United States had already rejected the request, citing its ongoing operations, and that it had threatened to scale back cooperation if Berlin released them anyway. The US side had warned it would limit its help to terror warnings but would no longer share material such as high-resolution images of war zones or of areas where German citizens have been kidnapped, the report said.

Fugitive US intelligence contractor Edward Snowden, who is living in hiding in Russia, told Germany's news weekly Spiegel that the latest reports show that "massive surveillance is a reality". "Industrial espionage is practised and the intelligence services are working beyond the control of the representatives of the people and of justice," said Snowden.
Last Update: May 10, 2015 10:03 pm
RELATED TOPICS