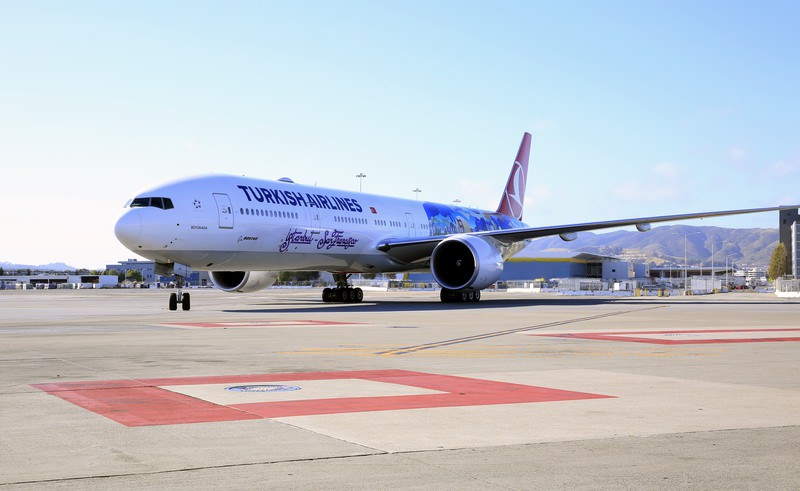 by Anadolu Agency May 11, 2015 12:00 am
Turkish Airlines, the country's national flag-carrier, has announced its operating net profit reached $153 million in the first quarter of 2015.

The airline said on Monday its sales revenue decreased by four percent in USD terms due to euro depreciation, ending up with a total of $2.219 billion.

The airline said in a written statement: "Turkish Airlines disclosed an adjusted operating loss of $18 million, outperforming the first quarter of 2014 by 77 percent and recording $153 million net profit during the lowest season of the aviation industry."

The company said "active risk management strategies and a balanced debt composition had an impact on these outstanding results."

The company's destinations for flights increased to 271 from 264 over the first quarter of the year, including 45 domestic and 226 international destinations in 109 countries, the company said.

"Despite the strong competitive environment among the world's leading players and severe operating conditions due to the fuel price and currency fluctuations, Turkish Airlines continues its profitable and sustainable growth," the company added.

The number of passengers on domestic routes was up 13.2 percent and international arrivals increased by 13.3 percent.
Last Update: May 12, 2015 10:18 am
RELATED TOPICS