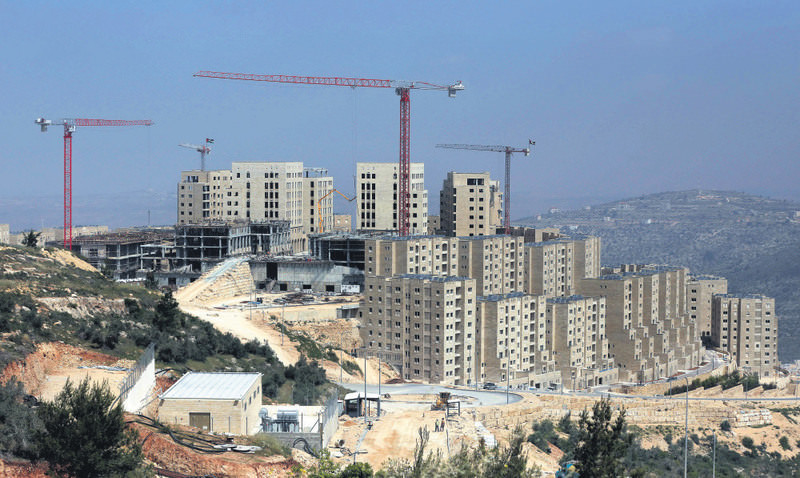 The project will include residential, retail and leisure facilities, two mosques, a church, a hospital, a cinema and a 15,000-seat amphitheater for international music acts and other events

The first planned city to be constructed in Palestine will be named "Rawabi" (Arabic for "The Hills"), and is set to cost $1 billion. Initially planned by Aecom, it will include residential, retail, and leisure facilities, two mosques, a church, a hospital, a cinema and a 15,000-seat amphitheater for international music acts and other events, according to arabianbusiness.com.

"I feel it is important, as I believe 100 percent that if we cannot overcome the political issues surrounding the development of Palestine in this project, then we will never develop anything," said Mutaz Khdeir of Bayti, a development company involved in the initial planning of Rawabi.

The project has already been approved by the Palestinian Authority and the Palestinian Higher Planning Council. The city's amphitheater is based on a traditional and classical Roman design, and is also set to include cafes and restaurants at its apex. But at the moment, huge pictures of stars such as Elvis Presley, Johnny Cash and Bob Marley fill the spaces where the windows will be placed. Rawabi is the largest private-sector project in Palestinian history, and was initiated at the Palestinian Investment Conference, which took place in Bethlehem in 2008. The city is located in the West Bank, 9 kilometers north of Ramallah.

The slogan calls the city "A place to live, work and grow." The development is funded by the Qatari company LDR and Palestinian multimillionaire Bashar al-Masri, who has been working on similar projects in Morocco, Egypt and Jordan.

"[Al-Masri] felt it was time he did something for the people of his home country," said Khdeir. "The developers have been involved in projects across the world and thought it was time to develop Palestine. The city will include 6,000 residential units and eventually be home to 40,000 people. It is being built in phases, the first and second neighborhoods are already completed along with around one quarter of the commercial center."

The project has not been without difficulties - access via road was finally achieved through the efforts of former U.K. Prime Minister Tony Blair, while it was only on May 7, 2015, that the city was connected to water supplies.

The Palestinian Authority is responsible for providing off-site infrastructure, while Bayti is tasked with the design and development of the city. Rawabi's economic growth strategy has the aim of creating 3,000 to 5,000 new jobs in what it calls a "knowledge economy." Primarily, these will be within the IT, education and healthcare sectors.

"We want to turn this into Palestine's equivalent of Silicon Valley," Khdeir said. "We want companies such as Google and Microsoft to outsource to us."

Engineer Shadia Jaradat finished her degree in civil engineering at Birzeit University, another Organisation involved in the planning of Rawabi. She is one of a handful of students trained to use the planning software that was employed. "I wanted to work on projects in Palestine, but they didn't use BIM here," Jaradat said. "The whole time I was always wondering: Will I have to go to the Gulf countries? Will I have to go the [United] States? Where am I going to find projects working with this technology?" Sustainability is also a major factor in the project, with thousands of trees being planted, including an olive sapling planted by Blair. One of the first visitors to the construction site was U.S. Secretary of State John Kerry, while U.N. Secretary General Ban Ki-moon has also viewed the project.
Last Update: May 12, 2015 9:24 pm
RELATED TOPICS