Potato prices to normalize after investigation 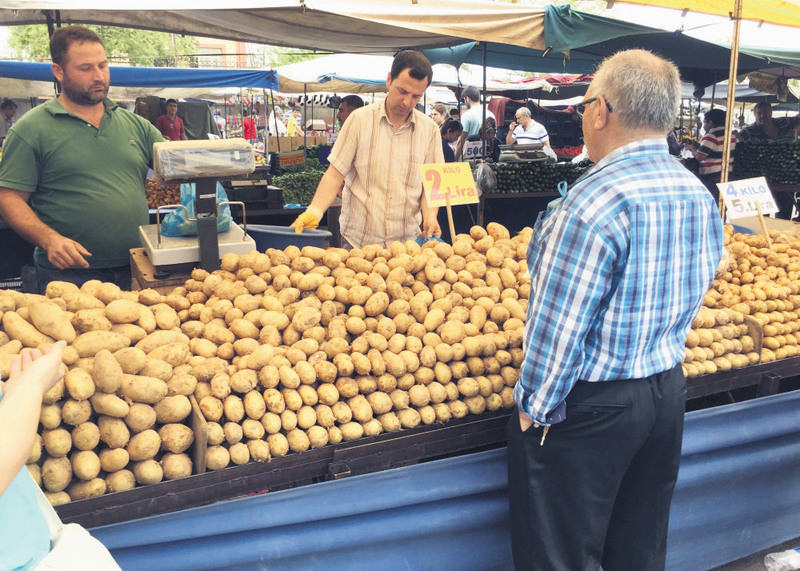 by Daily Sabah with IHA May 13, 2015 12:00 am
Although potato harvesting season has begun in Turkey's major potato production centers, Adana and Nevşehir, the Customs and Trade Ministry has been forced into action due to an ongoing potato shortage in the market.

Potato prices reached a record high in the first four months of the year, increasing by 80 percent, which pushed the ministry to investigate the stocks.

After increasing prices to TL 5 ($1.8) per kilogram, the price started to decrease and is currently around TL 3 per kilogram. However, the claims suggesting that stockers caused a price hike by stocking potatoes in warehouses have begun upsetting potato producers in the province of İnegöl.

Commenting on the existing potato shortage, İnegöl Chamber of Commerce President, Sezai Çelik, said dealers buy potatoes for TL 1 from fields and sell them for TL 3.

Attributing this problem with stockers, who stock potatoes in warehouses by pretending to send them to Istanbul's vegetable market, Çelik said that currently there is no potato shortage in Turkey, however, there are not many products on the market because of the attitude of stockers.

Referring to the potato harvest season that will start in İnegöl in one and a half months, Çelik said that unless stockers release warehoused potatoes, it will also adversely affect İnegöl and Afyon. Last year, İnegöl cultivated potatoes in a 15,000-hectare area, but this year, it is striving to grow it on an 8,000-hectare area, he said.
Last Update: May 13, 2015 11:48 pm
RELATED TOPICS