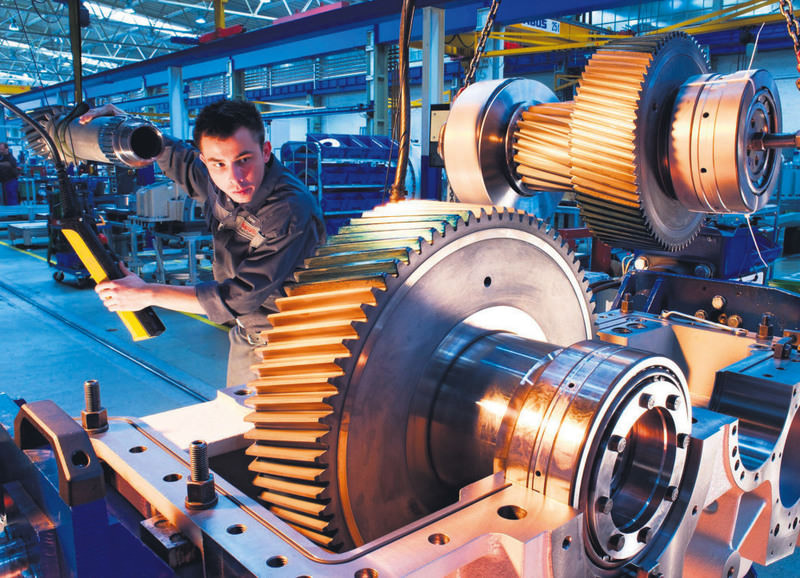 by Daily Sabah with Wires May 13, 2015 12:00 am
Science, Industry and Technology Minister Fikri Işık said the vision of Turkey's Industrial Strategy Paper for the period between 2015 and 2018 is to make Turkey a design and production base in Afro-Eurasia in medium-high and high-tech products. The Industrial Strategy Paper, which will steer Turkey's industrial policy between 2015 and 2018, and the Guild Industry Web Portal, which will considerably increase the information and communication in the country's industry, were introduced yesterday. Işık said that the main objective of the Industrial Strategy Paper is to improve the competitiveness and productivity of Turkish industry and to enable it to have a greater share in world exports. The paper also aims to accelerate transition to an environment- and society-friendly industrial structure with a qualified labor force and where mainly high value-added and high-tech goods are produced.

At least a one-period workplace training will be made mandatory at engineering faculties, according to the new strategy, and cluster work will be carried out in the production of rail transportation systems and internal-combustion engines.

Explaining that huge industrial investment areas will be formed across the country, Işık expressed his desire to dedicate at least three areas of at least 10 million square meters to industrial production.

According to Işık, businesses engaged in traditional production will be encouraged to produce high value-added goods. Studies aimed at decreasing energy intensity and energy input costs will be supported. High-tech goods, which are provided with investment incentives, will be supported by the guarantee of public procurement taking international obligations into consideration. The use of a certain proportion of domestic goods will be mandatory in the construction of public institutions. The construction of industrial sites will be given expropriation support. The establishment of vocational schools in organized industrial zones will be promoted further, Işık said, adding that such an objective was perfectly achievable as a part of the strategy paper for 2011 to 2014.
Last Update: May 13, 2015 11:55 pm
RELATED TOPICS