Turkey ranks 8th in the world in agricultural production 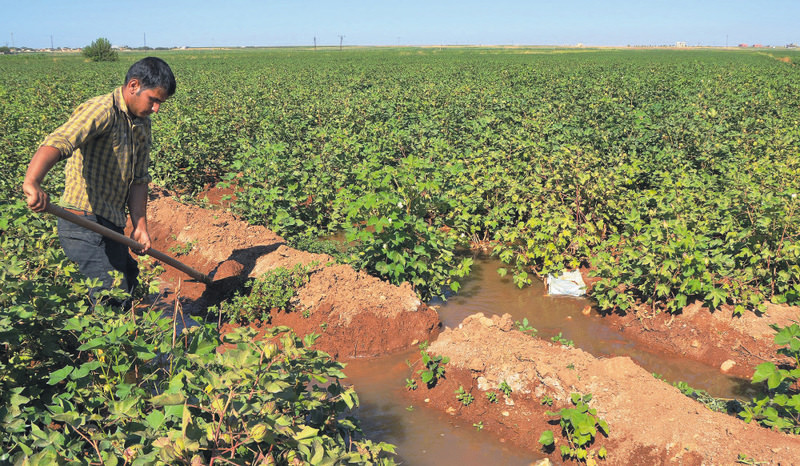 Eker said the government is trying to improve productivity in agriculture, and operational efficiency was one of the major problems faced by agricultural businesses. He emphasized that the problem was mostly due to the size of the businesses, as big businesses are required. "Infrastructure systems are needed to lower costs. Lower costs mean higher efficiency," Eker said, adding that out of the more than 76 million citizens, 40 million own agricultural estates. However, the loss occurring due to some parts of these lands not being rich or fertile is around TL 17 billion ($6.550 billion).

He said they have consolidated lands of around 65 million square kilometers, and their target for 2023 is 140 million square kilometers. Moreover, with the Agriculture Information System, a pool model will be reached after the land is consolidation, and further steps will be taken for rural development and improvement. The system will become a base reference point and fertile lands will not be divided further. Eker also noted that seed production has increased from 150,000 seeds to 750,000 seeds within the last 12 years, and as seed growing accounts for 25 percent of total agricultural efficiency, both production and efficiency levels have been boosted. Additionally, while consumer food prices have increased by 14 percent, the increase shouldered by agricultural producers is around 6-7 percent - meaning the difference consumers pay goes to mediators and resellers. Eker said with the new board the ministry has established, they will strive to discover where the problem lies in the production chain. Currently, there are 25,000 employees, out of which 5,500 are field inspectors. The 170 Food Safety is also another service offered to the consumers.

Eker further emphasized the gravity of the lack of information as well as the information pollution regarding food safety. He said that within the last year, the ministry has inspected more than 560,000 foodstuffs.

Agriculture producer price index up by 11.87 pct in April