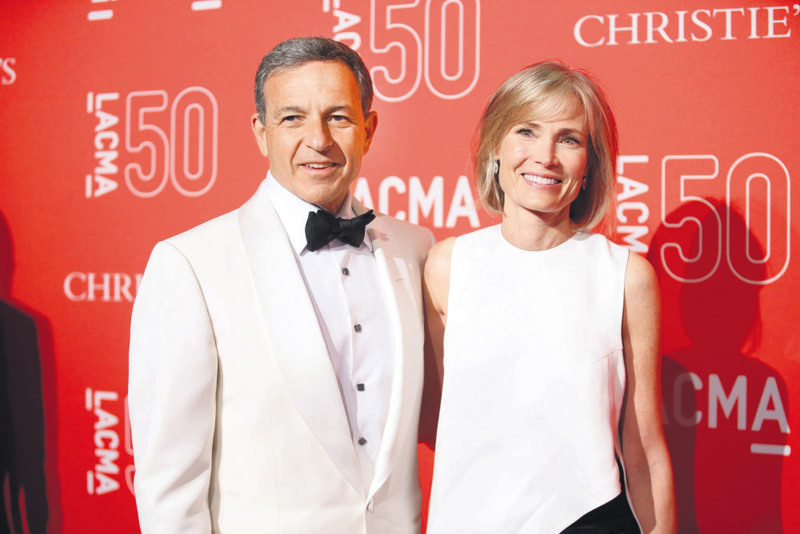 by May 14, 2015 12:00 am
Investors in some top U.S. media companies have had a rough ride as their shares have lagged the rest of the market. You just wouldn't know it if you looked at the bank accounts of their top executives. The CEOs of 11 major media companies were given median compensation of $32.9 million for 2014, much higher than any

other industry group in the Standard & Poor's 500 index, according to regulatory filings posted in the first four months of this year and analyzed by executive pay consulting firm Farient Advisors for Reuters. Food & staples retailers came in a distant second at $24.5 million.It is set to be the seventh successive year media industry executives come out on top - figures before 2008 are not comparable because of the way pensions and stock options are disclosed. In many of the years, media company stocks were outperforming the broader market as revenue and earnings surged. Last year, though, the median total return of the 11 companies was 10.76 percent against 13.69 percent for the S&P 500 as a whole. The weakness reflects more challenging times in much of the business, with advertising growth stuttering and the increasing amounts of video delivered and viewed over the Internet upsetting a cozy business model for program makers and the traditional pay-TV distributers, such as cable companies. Many companies justify big awards by stressing difficulty retaining top talent in a competitive market.

But some compensation experts say there is another explanation - a number of the major media companies are controlled by top executives and their families, which means boards don't have to worry much about objections from other shareholders. CEOs at companies with less family influence benefit anyway because boards tend to benchmark pay against their major rivals. Robert McCormick, chief policy officer of proxy adviser Glass Lewis & Co, said the controlling shareholders "can pay whatever they want," and disregard views of other shareholders. For example, Sumner Redstone, 91, controls about 80 percent of the voting shares in CBS and Viacom through a holding company.

So far this year, the CEOs of Discovery Communications Inc, CBS, Walt Disney Co and Viacom accounted for the first, third, fourth and fifth spots among the five highest-paid CEOs across the S&P 500. The only non-media CEO in that group was Steven Mollenkopf of telecom technology company Qualcomm Inc, who was second.

Often in the media industry, "the pay is not reflecting the performance," said Michael McCauley, senior officer for the Florida State Board of Administration, which manages pension assets for Florida state and other local authority employees, and holds shares in all four of these media companies.

The Florida agency earlier this year cast its advisory votes "against" Disney's executive compensation even though Disney's shares have been climbing. McCauley cited concerns about a feature that would award Disney CEO Robert Iger as much as an additional $60 million if Disney hits certain targets through 2018. Iger received $46.5 million in the year ended Sept 27.

To be sure, not all major U.S. media companies gave their CEOs big pay rises even when their shares did well. For example, Time Warner Inc's total return for shareholders was around 30 percent in 2014 but compensation for CEO Jeffrey Bewkes rose 1 percent to $32.9 million.

Such sober raises helped to bring the increase in median CEO compensation to 5 percent in 2014 for the 11 companies. That was still higher than the 0.8 percent U.S. inflation rate, but lower than some industry groups in the S&P 500 such as Pharma, Biotech and Life Sciences, where median CEO compensation rose 46 percent to $19.8 million after 16 companies reported, according to Farient Vice President Eric Hoffmann.

Known for its cable networks like Discovery Channel and Animal Planet, Discovery is smaller than most of the companies in this survey, and its share price fell 25 percent in 2014. And yet its CEO David Zaslav, has - at least for now - become the best-paid CEO in the S&P 500 with $156 million in compensation, more than four times what he got in 2013. It is more than twice the $75 million Forbes estimated the best-paid U.S. actor Robert Downey Jr earned in the year to June 2014. Pay for Viacom CEO Philippe Dauman rose 19 percent to $44.3 million for the year to September 30, despite an 8 percent drop in its shares in that year.