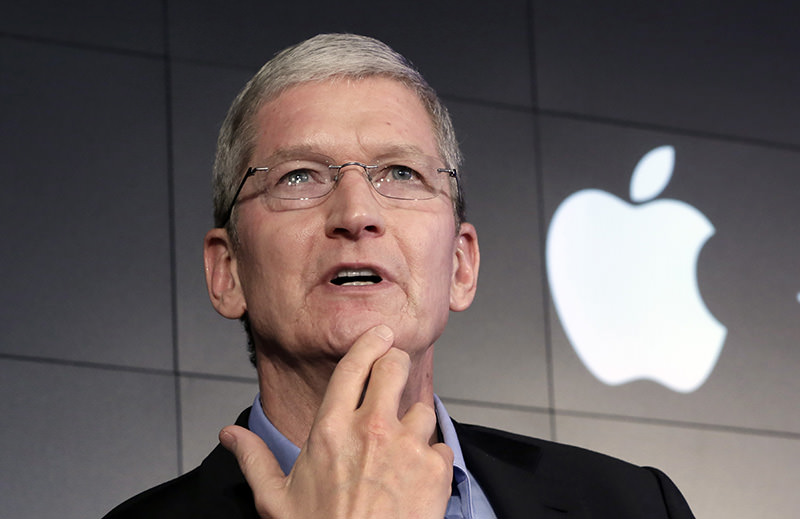 | AP Photo
by Daily Sabah with AA May 15, 2015 12:00 am
Forbes announced the most valuable brands list for 2015 late on Wednesday. Apple led for the fifth straight year with a brand value of $145.3 billion, after selling 74.8 million smartphones worldwide in the fourth quarter of 2014, with phone sales up by 49 percent.

The smartphone maker's value is up 17 percent since last year.

Apple is followed by Microsoft with $69.3 billion, up 10 percent since 2014 and Google with $65.6 billion, an increase of 16 percent since last year. The search engines' value increased thanks to its mobile advertising revenue.