From Tokyo to Sarajevo, a Turkish businessman's journey to becoming a presidential adviser 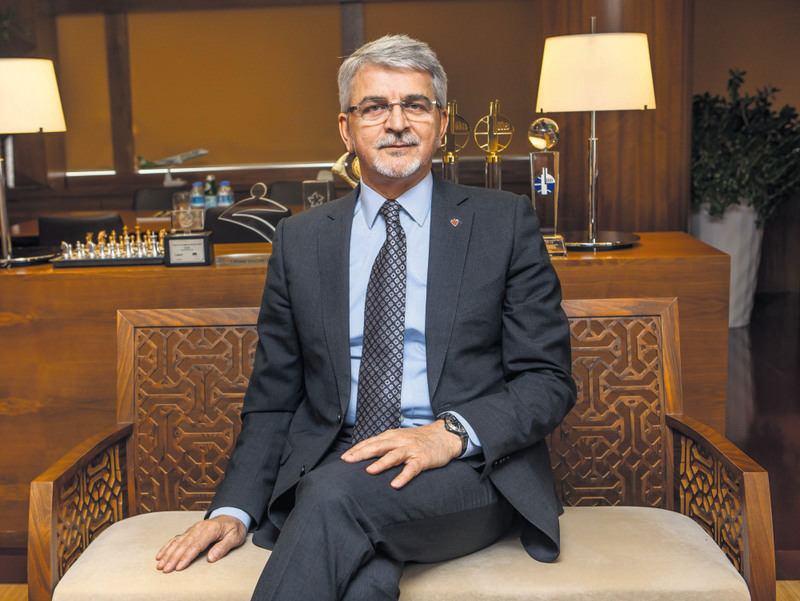 Muzaffer Çilek, a Turkish businessman, has recently assigned as an economy adviser to Izetbegovic, a member of the presidency of Bosnia-Herzegovina, which is expected to be a booming factor for bilateral trade

The most complicated governance system in the world has been implemented in a country with a population of barely 4 million - a country where people with different backgrounds have learned to live together after bloody conflicts. Yes, we are talking about Bosnia-Herzegovina (BiH). The Dayton Peace Accords were signed in late 1995 and ended the conflict, but it failed to unite all the ethnic groups. The Presidency of BiH is the three-member body that represents Bosniaks, Serbs and Croats and collectively serves as head of state of BiH.

Recently, a Turkish businessman has become economics adviser to Bakir Izetbegovic, the most experienced member of the presidency of BiH and son of Aliya Izetbegovic, the first chairman of the presidency. Muzaffer Çilek, the chairman of Çilek furniture, is a Turkish businessman with Bosniak roots. He is also the founder and chairman of the Center for the Development of Relations with BiH (BİGMEV). President Recep Tayyip Erdoğan will be visiting BiH with a business delegation today to strengthen trade ties. Çilek's new position also means improved economic relations for Turkey and BiH. In an exclusive interview with Çilek, we discussed his journey to becoming a presidential adviser.

"I was spending one week a month in Tokyo to expand our brand in the Far East, when I was nominated to become honorary consul of BiH in Bursa," Çilek says, before adding that he has chosen to spend the week in BiH, which feels more like home.

Daily Sabah: When did you begin to work with BiH? How did you decide?

Muzaffer Çilek: Our company has shops in 66 countries, and BiH is one of the countries we export to. After spending five years in Tokyo, with reference to our business in BiH, I was nominated to be the honorary consul of BiH, which I proudly accepted. I'm a Turkish citizen, but my family originally comes from BiH. During my duty, I realized that Turkish businessmen were trying to do business with their counterparts in BiH by meeting tradesmen in the bazaar. We have held some meetings and have decided to establish an organization to assist businessmen from the two countries to make this process more professional. BIGMEV, established four years ago, organizes business-to-business matches between businessmen from Turkey and BiH. We work together with chambers of commerce, development agencies and related institutions so that businessmen can find an appropriate partner in their sector and benefit from incentives by getting in contact with authorized institutions.

D.S.: How did you become economic adviser to Bakir Izetbegovic?

Çilek: BİGMEV aims to increase BiH's trade volume. During our activities we consulted president Izetbegovic and he is a pillar of support for us since we work for his country. The second term of the presidency started a couple of months ago and I was honored to become an adviser. I will be working for investments, increasing employment and the number of exporters. It is important for BiH's exporters to work with a big country like Turkey. They may take this as a reference to work with other large-scale countries.

D.S.: Do you think your position would negatively affect Turkey's relations with the Serbs and Croats, since Izetbegovic is the representative of Bosniaks?

Turkey's relations with Serbs and Croats are better than they have ever been. Bosniaks, Serbs and Croats have been living together for years and they will continue to live together. The conflicts have been worked on for years and in the end, BiH has gained stability. There are strong relations between Izetbegovic and Erdoğan and a Turkish businessman has become adviser to Izetbegovic, which can only help to improve relations. Izetbegovic believes in inclusivity and supports all ethnic groups. Having close relations with such a leader would only be of benefit to both countries. The sixth Sarajevo Business Forum (SBF) held in Sarajevo last week with the participation of Izetbegovic along with Serbian Prime Minister Aleksandar Vucic, is proof that the people of BiH work together to increase regional development.

D.S.: What are Turkish and BiH's businessmen's attitudes towards each other?

D.S.: Do you think this relationship has a positive effect on bilateral trade?

Çilek: Unfortunately, bilateral trade has not reached the desired level, despite our emotional bond and historical background. Turkey is the ninth biggest importer for BiH. Turkish businessmen have created a success story in the last 15 years and now work in almost every country. If Turkish businessmen expand their businesses to the whole world, why do we still have weak trade relations with BiH despite the fact that we consider them as our allies? That is why we founded BIGMEV in the first place. We realized that there is the need for an interface to bring the right businessmen together for a win-win situation.

D.S.: Are ethnic backgrounds a reason for preference in trade?

Çilek: The airport is in Sarajevo and it is the capital, where the Bosniak population is relatively high. Turkish businessmen generally prefer to do business with the tradesmen they meet in the bazaar or at the mosque. They only get informed about the projects in the center. Regarding this point, we work for investments to be spread throughout the different parts of the country and provide information about different projects to ensure a more widespread development. We direct Turkish businessmen to different regions according to their sector, where they can find the right sources and incentives. In this way they work with institutions, which is more secure.

D.S.: What does BiH have to offer Turkish business? Which sectors would be suitable to build new partnerships for mutual benefits?

Çilek: First of all, BiH is located in Europe, Turkey's biggest trading partner. The country is rich with raw materials and underground reserves. Shell currently drills for oil in BiH. Forests cover 50 percent of the country. Rivers provide first-class, clean water. It is excellent for organic agricultural activities and livestock. BiH has natural beauties along with historical places and tourism develops more every year. Most of the people speak English and are highly educated. Turkish people have a talent for trade and an entrepreneurial spirit. They are good at management and self-confident – a good combination to take advantage of.
Last Update: May 19, 2015 10:15 pm
RELATED TOPICS