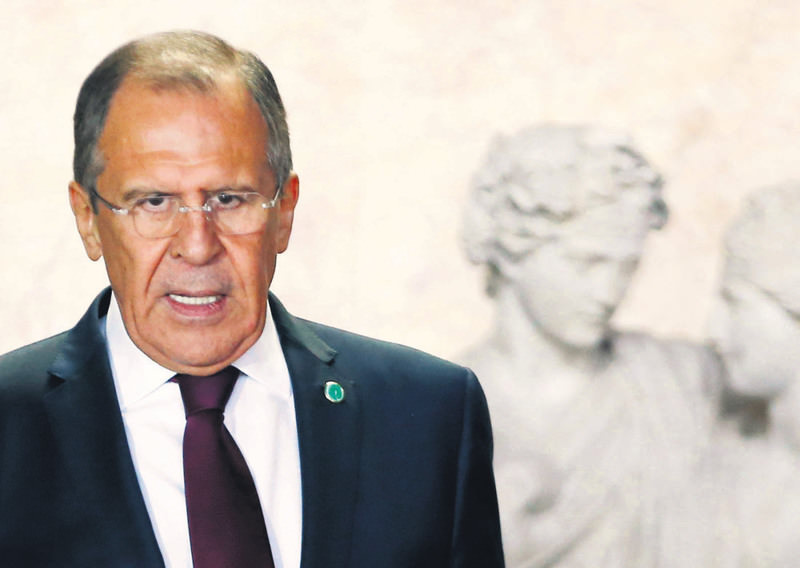 by Daily Sabah May 20, 2015 12:00 am
Russian Minister of Foreign Affairs Sergei Lavrov said that the Trans-Pacific Partnership (TTP) in the Asia-Pacific region could lead to depreciation of the universal principles of the World Trade Organization (WTO), Russian state-owned news agency Sputnik reported. Lavrov further said that attempts should be made to harmonize the integration processes, mentioning the idea of creating a free trade zone between the two integration associations - the European Union and the Eurasian Economic Union, which was proposed by Russian President Vladimir Putin in January 2014.

Lavrov renewed the offer and said it still stands. "If closed regional trade and integration structures are created - I mentioned the Trans-Pacific Partnership, Americans are also promoting the idea of the Transatlantic Trade and Investment Partnership [TTIP] in the Euro-Atlantic space - there are concerns that by establishing such closed integration associations, their initiators may wittingly or unwittingly lead to the depreciation of the universal principles of the WTO to transfer the center of gravity to such narrow formats," Lavrov said. As of 2014, 12 countries throughout the Asia Pacific region have participated in negotiations on the TPP - the U.S. Australia, New Zealand, Canada, Japan, Mexico, Peru, Chile, Malaysia, Singapore Vietnam and Brunei.
Last Update: May 20, 2015 10:05 pm
RELATED TOPICS