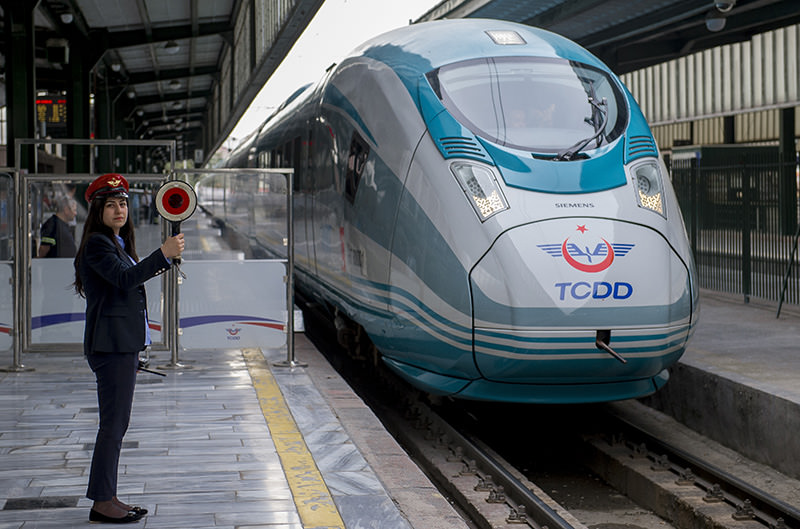 | AA Photo
by Compiled from Wire Services May 24, 2015 12:00 am
The first of the new turquoise multiple unit ultra-high-speed trains came into service on the Ankara-Konya high-speed railway line on Sunday, after its test drive was completed. Turkish State Railways High-Speed Train Regional Manager Abdurrahman Genç said that the ultra-high-speed multiple unit has some of the highest standards in the world, adding that it is one of the best vehicles around in terms of travel comfort, safety devices and vehicle properties. As the first one of seven multiple units that have been ordered from the German Siemens company, the train is able to speed up to 320 kilometers per hour. As a hi-tech product, the new high-speed multiple unit is equipped with high-security systems that are also found in existing units.