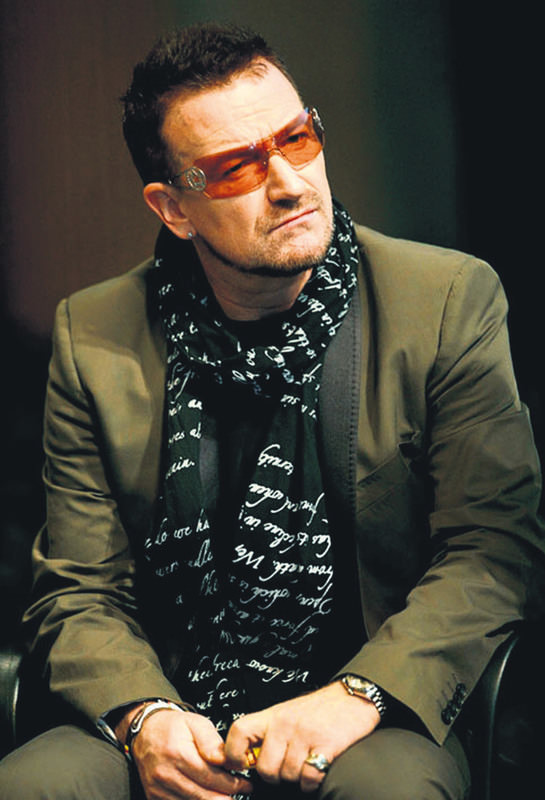 by May 26, 2015 12:00 am
The world's poorest nations, the bulk of which are in sub-Saharan Africa, are receiving less than a third of development aid, and this support is waning, a nongovernmental organization founded by U2 front man Bono said yesterday.

World leaders should target the most disadvantaged nations when they adopt a new set of goals to eradicate extreme poverty this September, the advocacy group ONE said in a statement. "We won't see an end to extreme poverty unless leaders shift focus to the poorest countries and poorest people, especially girls and women," said ONE's global policy director Eloise Todd in a statement on the publication of the report titled "Putting the Poorest First." "Despite multiple summits to debate these issues there's a shocking lack of global commitment to deliver genuine, life-changing commitments for the world's poorest and hardest to reach," she added.

Ahead of a meeting of the G7 group of major industrialized countries in Germany next week, the report said that the majority of the European Union nations had not lived up to their decade-old commitment to raise development assistance to 0.7 percent of their gross national income (GNI). The 28-nation bloc would need to deliver an additional $55.8 billion in 2015 to make good on this promise. "Champions of development assistance, such as France and Canada, have declined markedly in their performance over the past few years," said the report. The United Kingdom and Germany, however, were "providing cause for hope."

The reports said that the world's most vulnerable countries received less than a third of total aid, 30.3 percent, in 2014. The United Nations lists 48 nations as Least Developed Countries - 34 of which are in sub-Saharan Africa. "Despite the distinct needs of LDC's, the poorest countries have not been prioritized by development partners," said the report. The United Nation's Millennium Development Goals, a set of eight targets to eradicate poverty over 15 years, expires in 2015 and world leaders are working on a new set of goals to shape development until 2030. One of the key meetings this year to determine the future of development financing takes place in Addis Ababa in July. ONE urged world leaders to agree at this meeting to give 50 percent of aid to the poorest countries, and set a timetable to reach the target of spending 0.7 percent of GNI on aid.
Last Update: May 26, 2015 11:57 pm
RELATED TOPICS