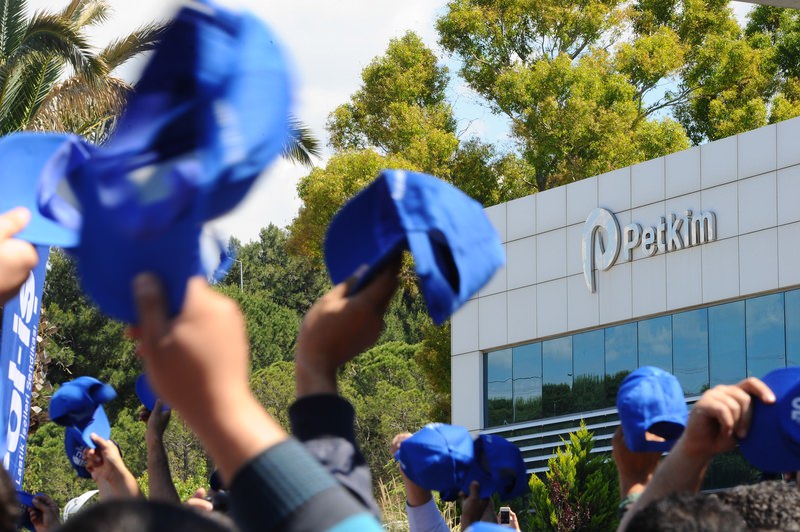 | AA Photo
by Daily Sabah with AA Jun 02, 2015 12:00 am
The workers strike which started last week in the Izmir facility of Turkey's petrochemical giant Petkim, came to an end late Monday as the workers reached an agreement with the company's management.

On May 28, nearly 1,000 workers of the petrochemical producer in the Aegean province of İzmir, in western Turkey, went on strike, occupying the facility.

"We agreed on the labor contract. Workers received a 6 percent pay raise and a bonus wage on Ramadan and on the sacrifice feasts [Eid el-Fitr, which marks the end of Ramadan, and Eid al-Adha, the Feast of Sacrifice]. We ended our strike after the agreement. We will announce the details of the agreement on Tuesday," said Ahmet Oktay, Branch chairman of the Petrol-is Workers Union.

Petkim is the leading petrochemical company of Turkey founded in 1965. The main plant complex is located in Izmit, whic about an hour away from Istanbul. In 1985, a second complex was constructed in the western city of İzmir.

The company produces petrochemicals for use in the manufacture of plastics, textiles, other consumer and industrial products.