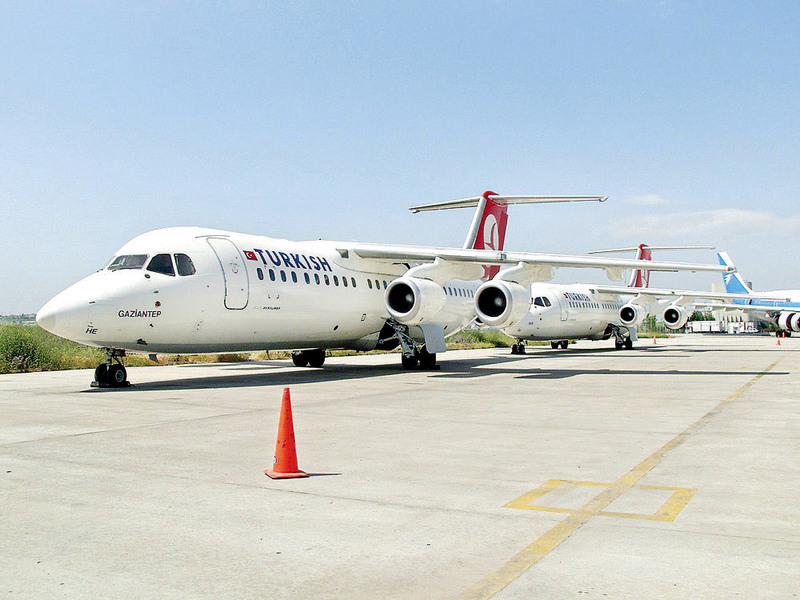 by Daily Sabah with Wires Jun 02, 2015 12:00 am
Turkish Airlines (THY) has initiated talks to purchase Romania's national carrier Romanian Air Transport (TAROM), according to a Romanian newspapers report. TAROM, the largest shareholder of the Romanian state, is planned to go through privatization in the upcoming months because of recent losses. Newspapers claim that the idea of partnership between THY and TAROM came up during talks held between the prime ministers of Turkey and Romania whereupon THY authorities traveled to the Romanian capital Bucharest to hold talks with TAROM officials. The greatest challenge ahead of THY in this process is the question of how the airline will be managed, just as it had previously experienced during its attempts to form a partnership with LOT Polish Airlines. Since Turkey is not an associate member of the EU, THY is not authorized to control 51 percent of TAROM from outside the union. It is reported that a different path will be pursued to handle the problem and THY will first become a partner to the company that operates Bucharest Otopeni Airport, which owns around 1.55 percent of the Romanian carrier. THY will subsequently purchase 49 percent of TAROM shares. THY will indirectly control 51 percent of TAROM, if the share purchase agreement is finalized in this manner. THY authorities said the managing board did not make a decision about shareholding while there are demands from some airlines for partnerships to this end. They have said that meetings are also being held in Bucharest to share information. Established in 1945, TAROM is a member of the SkyTeam airline alliance. The carrier has 23 passenger planes in its fleet and flies to 53 destinations. The company, which has been losing revenue since 2008, lost 29.5 million euros in 2013. They airline employs 2,000 staff and 97.05 percent of the airline's shares are owned by the Romanian state. Of the remaining 1.55 percent, 1.31 percent and 0.09 percent of shares belong to Bucharest Otopeni Airport, Romanian Air Traffic Control Administration and Societatea de Investitii Financiare Muntenia, respectively.
Last Update: Jun 02, 2015 10:36 pm
RELATED TOPICS