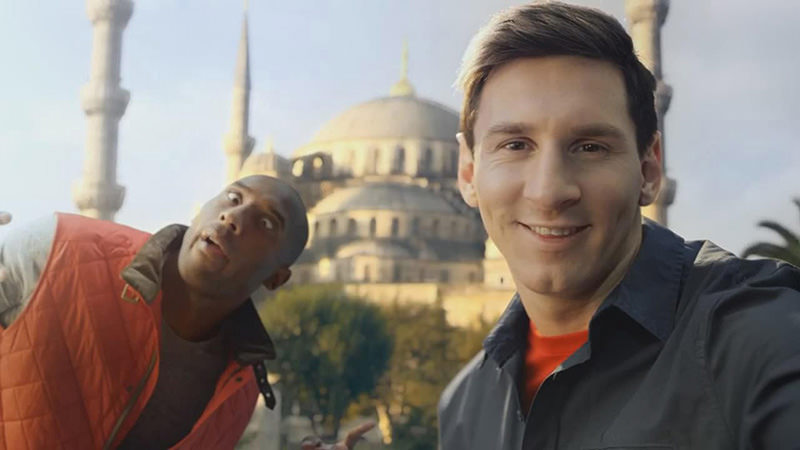 by Daily Sabah Jun 03, 2015 12:00 am
YouTube has announced on Tuesday that the favorite ad of the past decade is Turkish Airlines' "Kobe vs. Messi: The Selfie Shootout" commercial from 2013, which has been chosen with a public vote.

Kobe vs. Messi: The Selfie Shootout was a hit on YouTube as soon as it came out. The video depicts two of the biggest players in a selfie-shooting game during their world travel. The video had attracted 25 million views in a few days, following its release.

According to the public vote, the other most-liked commercial films on YouTube during the last 10 years are:

In fifth place: Dove Real Beauty Sketches | You're more beautiful than you think

All of the above mentioned five videos have been reportedly viewed for over 7.7 million hours.