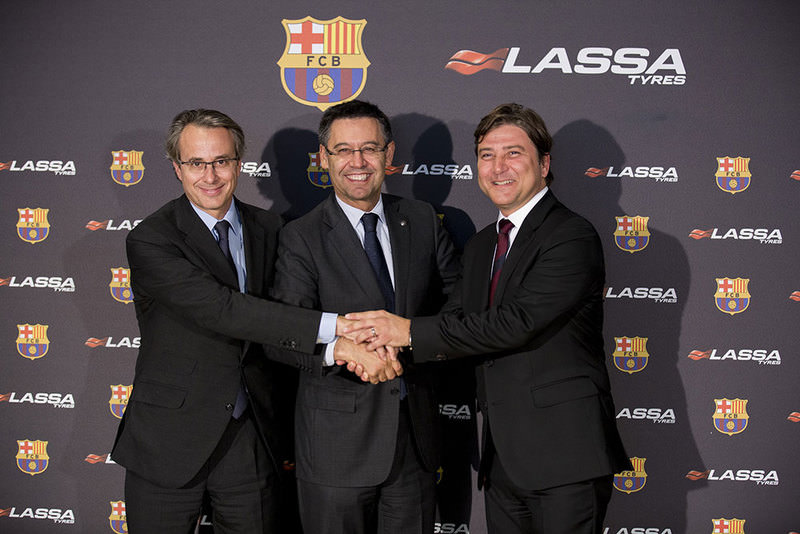 "With this partnership deal, Lassa Tyres made history as the first Turkish brand undertaking the global title partnership of all indoor sports teams of a club," Brisa, the company that owns the Lassa brand, said in a statement.

Brisa Chief Executive Hakan Bayman said: "FC Barcelona is among the world's most appreciated clubs. It is an example-setting club in traditional values, social vision and a strong academy culture.

"We believe that Brisa's respect for people and environment, and our focus on sustainable development are in line with FC Barcelona's deep-rooted values."

Barcelona Vice President Javier Faus welcomed the "historic agreement" and added: "We couldn't wish to have a better partner. Lassa Tyres forms part of a leading industrial group in Turkey, where Barca is a big name and where we already have very important partners.

"This agreement takes us even closer to our fans around the world thanks to the worldwide arena in which Lassa Tyres operates."