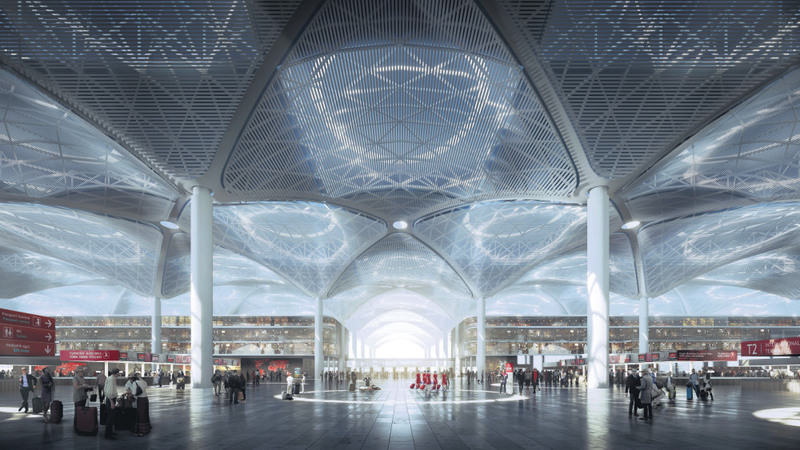 by Daily Sabah with Wires Jun 05, 2015 12:00 am
The third airport that will be constructed in Istanbul is poised to become a new base for international logistics companies. Two giant airport operators from Asia and Europe, South Korea's Seoul-Incheon International Airport and Denmark's Copenhagen Airport, a major hub airport of northern Europe, signed an agreement to offer a joint consultancy service to Istanbul Grand Airport (IGA) that will operate Istanbul's third airport.

The consultancy service includes shaping and managing operational processes of the Istanbul New Airport project. The consultancy service, which will cover five years, will continue for three years following the planned inauguration of the airport in 2017. Last year, Incheon International Airport and Copenhagen Airport rendered services to 45.5 million and 25.6 million passengers, respectively.

Commenting on the newly signed partnership agreement, IGA CEO Metrol Genç said that the two companies will offer them expertise and know-how services in achieving their goal regarding comfort, innovation, productivity and profitability. Park Wan-Su, the CEO of the Incheon International Airport operator, said that Istanbul's new airport is a highly important and impressive project for them because of its scale and value, expressing his determination to contribute to the construction and activities of Istanbul's new aviation center in the best way by forming a close partnership with Copenhagen Airport. Copenhagen Airport's CEO, Thomas Woldbye, said that they have many years of experience in developing airports in Denmark, China, Mexico and the U.K. He said that they aim to contribute to the construction and operations of Istanbul's new airport, which will be competitive on an international scale. The consultancy service consists of four phases, the first of which will start soon.
Last Update: Jun 05, 2015 11:44 pm
RELATED TOPICS