Apple expected to turn up the music dial today 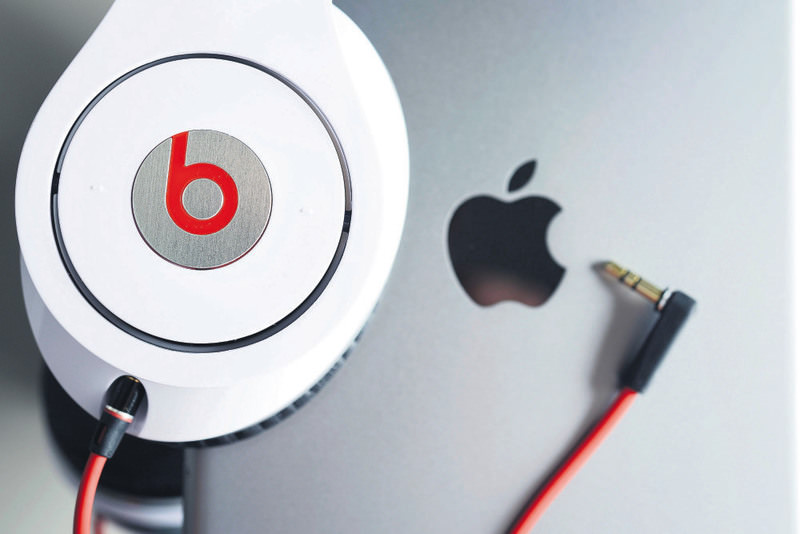 by Jun 08, 2015 12:00 am
Apple today is expected to unveil a ramped up music service that builds on the iPhone maker's strengths in a challenge to Spotify, Pandora and other established players.

In the biggest overhaul of iTunes since it was launched in early 2003, the service was anticipated to include an option of subscribing to streaming music for $10 monthly.

"I absolutely think we will see a streaming music service," Gartner analyst Van Baker told Agence France-Presse (AFP). "Apple is late to the game on this, but it may not matter."

While iTunes transformed the way music was distributed and sold, it also put Apple in a position to build extensive relationships with labels and artists. The popularity of iTunes and Apple devices means that a broad audience could be provided an easy way to simply switch on the new music service, according to Baker. Apple Music will likely have benefited from talent and technology acquired when Apple bought Beats Electronics and its streaming music service in a $3 billion deal in May last year. An Apple streaming music service would grab headlines at an annual gathering at which the California-based company courts creators of fun, hip or functional apps that help drive the popularity of Internet-linked mobile devices. Google showed off an array of innovations at its annual developers conference, which took place at the same downtown San Francisco venue less than two weeks ago.

Apple will likely be keen to fuel enthusiasm for making apps run on its freshly launched line of smartwatches. "I think we will see a focus on doing new and unusual things on Apple Watch," said independent Silicon Valley analyst Rob Enderle. Apple is likely to loosen the reins a bit on its smartwatch to let developers create apps that work right on the wrist instead of on iPhones that they are synched to.

Enhancements are also expected to Apple Pay, which allows contactless payments with iPhones or smartwatches. Improvements could include adding the ability to track rewards program information.

"Apple's role in the payments ecosystem is still unproven and of questionable value at this time," said Forrester analyst Sucharita Mulpuru. "What they announce will help determine if Apple Pay moves from the nice-to-have bucket to the must-have bucket for both merchants and shoppers."

Forrester analyst Thomas Husson considered lack of support for merchants' loyalty programs a "missing piece" of Apple Pay and a top feature that consumers want in a mobile wallet. Forrester predicts U.S. mobile payments will top $142 billion by 2019, up from $67 billion this year. Baker will be watching for Apple to improve the Siri virtual assistant to better challenge Google Now and Microsoft's Cortana. "I am hoping that is the case, because I think Siri is a distant third right now when it comes to virtual assistants," Baker said.

Google showed off a keenly upgraded Now on Tap tailored for its next generation Android software for mobile devices that better anticipates tasks people want tended to.

Apple may also show off improved privacy protection features in its software, in keeping with strong public comments made in recent weeks by chief executive Tim Cook.

And, true to the developer theme of the gathering, Apple will dive deeply into features of coming generation software for its computers and mobile devices. "I'm not expecting anything too earth shattering," Baker said of the conference. Apple devices remain premier venues for developers to feature their creations, but Google-backed Android software has gained ground in the battle for devotion of app makers. About 62 percent of developer teams support Android smartphones or tablets compared to 48 percent tuning applications to iPhones or iPads, according to research firm Forrester. "Apple needs to maintain its momentum and thought leadership coming out of WWDC," Forrester analyst Frank Gillett said. "Though Google isn't making that too hard yet due to Android fragmentation and low rates of adoption to the latest version."
Last Update: Jun 08, 2015 1:25 am
RELATED TOPICS