Japanese insurer Tokio Marine to buy US-based HCC for $7.5B 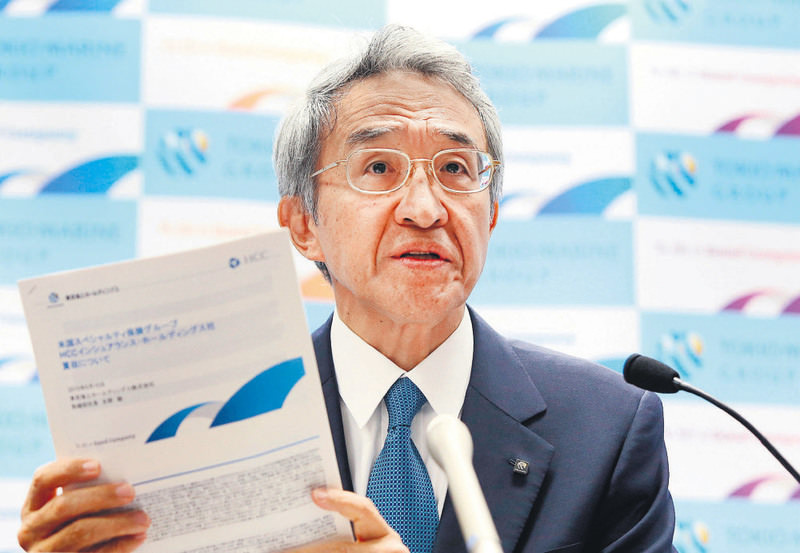 by Jun 10, 2015 12:00 am
Insurer Tokio Marine Holdings has agreed to buy U.S.-based HCC Insurance Holdings for $7.5 billion, the firms said Wednesday, the latest overseas acquisition by a Japanese firm to counter a shrinking market at home.

The cash deal will see Tokio Marine pay $78 per share for HCC, a 35.8 percent premium on the U.S. firm's average share price over the past month, a joint statement said. "The acquisition of HCC significantly enhances Tokio Marine's operations in the United States, the largest insurance market in the world, and internationally," it said. The companies said the deal was friendly and has the backing of HCC's board.

Houston-based HCC has assets of about $11 billion and 2,500 employees, while its Japanese purchaser has about $173 billion in assets and 40,000 workers. Japanese insurance firms have announced nearly $28 billion worth of acquisitions in the past five years as they pursue business outside their home market, where a shrinking population has weighed on growth.

The deal will diversify Tokio Marine's products and market portfolio, said its president Tsuyoshi Nagano. "HCC is a top-tier specialty insurer with market-leading underwriting capabilities. Leveraging Tokio Marine's financial strength and global footprint, HCC will further expand the revenues, profits and capabilities of Tokio Marine," he said in a statement. The HCC acquisition is the latest in a series for Japanese companies as they see their home market decline. A strong yen in recent years also encouraged the shopping spree as overseas deals were relatively cheaper for Japanese companies, although the pace has slowed as the currency has sharply weakened. In May, Australia's Toll Holdings said its shareholders voted in favor of a $5.18 billion takeover bid by Japan Post, before the global postal and logistics giant's expected initial public offering (IPO) later this year. Other major deals in recent years include beverage giant Suntory's nearly $16 billion purchase of the firm behind Jim Beam bourbon, creating one of the world's biggest high-end spirits makers and giving it a foothold in the major U.S. liquor market. That deal - which dwarfed previous Suntory acquisitions - was the third-biggest overseas takeover by a Japanese firm, after mobile carrier SoftBank's $21.6 billion buyout of U.S.-based Sprint Nextel and Japan Tobacco's 2007 purchase of Britain's Gallaher for almost $19 billion.
Last Update: Jun 10, 2015 11:17 pm
RELATED TOPICS